Early Flooding Along the Mississippi 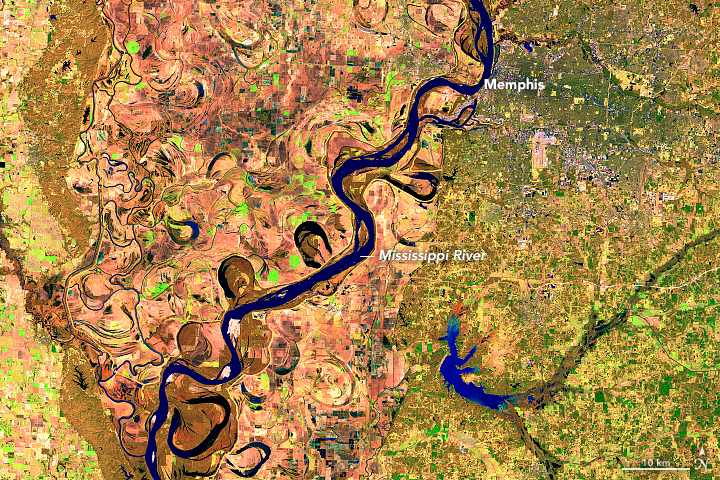 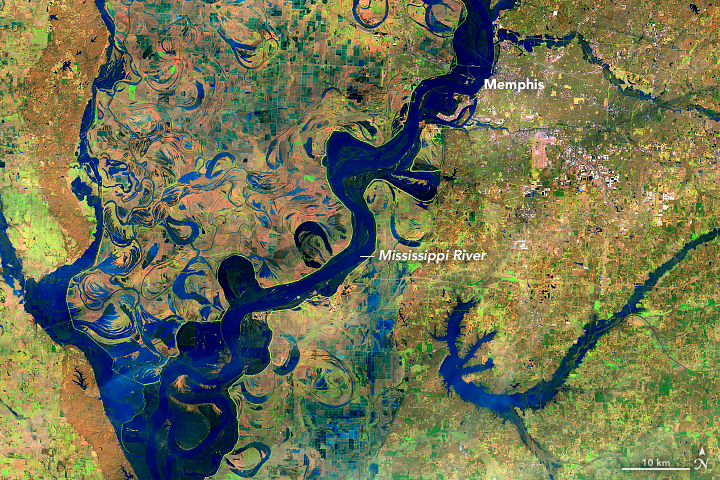 Rain, snowmelt, and soil moisture—those three factors might push portions of the Upper Mississippi River into major flooding this spring. Meanwhile, the middle and lower reaches of the river are already well out of their banks.

Intense storms over February 22-24, 2019, caused major flooding along the Middle Mississippi River. More potentially historic flooding is likely to occur in the week of March 4.

On February 25, 2019, the Operational Land Imager on Landsat 8 acquired a false-color view (bands 6-5-4) of flooding near Memphis, Tennessee. For comparison, the first image shows the area under more typical winter conditions on February 27, 2014. Flood waters appear blue; vegetation is green; and bare ground is brown.

The National Weather Service has issued flood warnings until March 15, 2019, for western Tennessee, eastern Arkansas, and northern Mississippi. On March 4, the Mississippi River is expected to swell to 41 feet (seven feet above flood stage) at Memphis, which would be the fourth-highest crest in recorded history in that area.


The video above shows an extended view of the Mississippi River from Missouri to Mississippi. Comparing February 2019 to February 2014, notice how the Ohio River and Mississippi River have swelled near Cairo, the southernmost city in Illinois. On March 1-3, the Ohio River at Cairo is expected to rise to its third-highest level on record. The imagery also shows the moderate to major flooding near Cape Girardeau, Missouri and Memphis, Tennessee.

This flooding may be a prelude to what might occur this spring along upper portions of the Mississippi River. NWS forecasters noted that higher-than-average precipitation in autumn 2018 saturated soils in the region, so additional rain or snowmelt from this winter will likely result in excessive runoff and increased flooding threats. 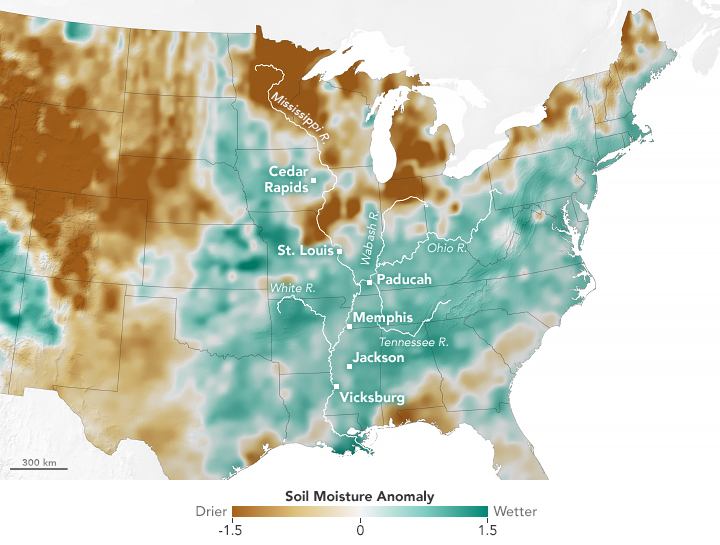 The map above shows soil moisture anomalies—how much the moisture was stored near the land surface as compared to the norm—in the United States as of February 21, 2019. The data was collected by the Soil Moisture Active Passive (SMAP) mission, the first NASA satellite dedicated to measuring the water content of soils. SMAP’s radiometer can detect the amount of water in the top 5 centimeters (2 inches) of the ground.

Rapid snowmelt will also play a role in flooding this spring in the Midwest. Parts of Minnesota and Wisconsin have built up snowpack of nearly 25 inches, so melting snow alone could propel many areas into major flooding.

Heavy rains have caused major flooding in areas along the river, and forecasters say there's more to come. 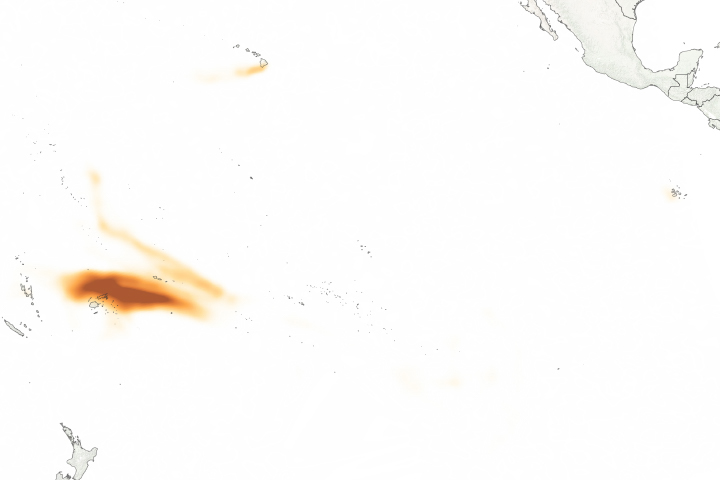 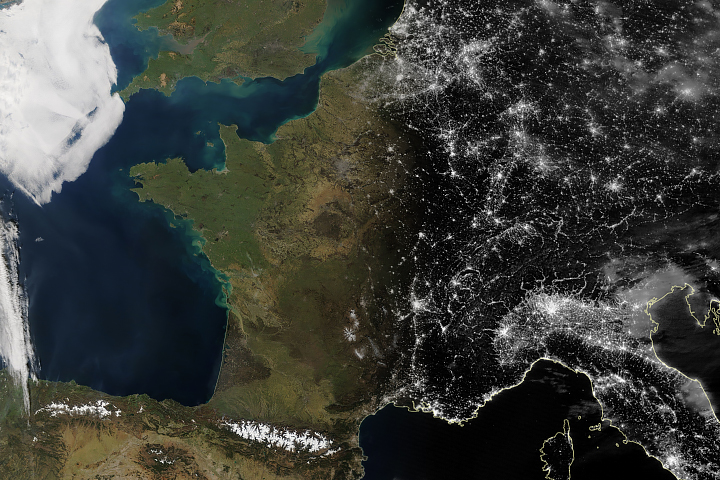