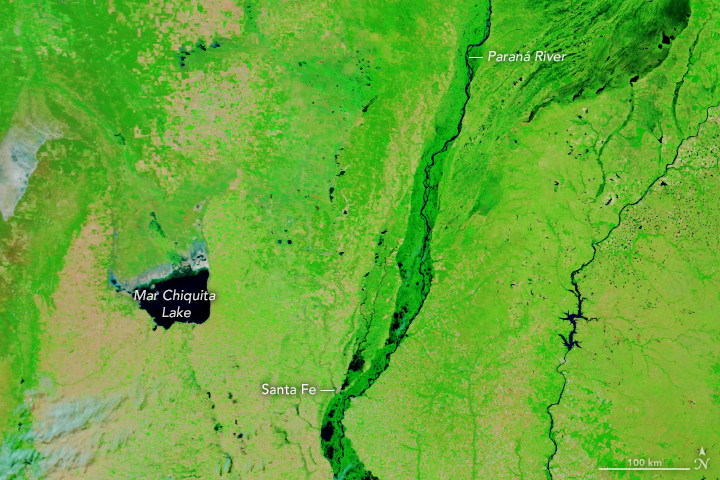 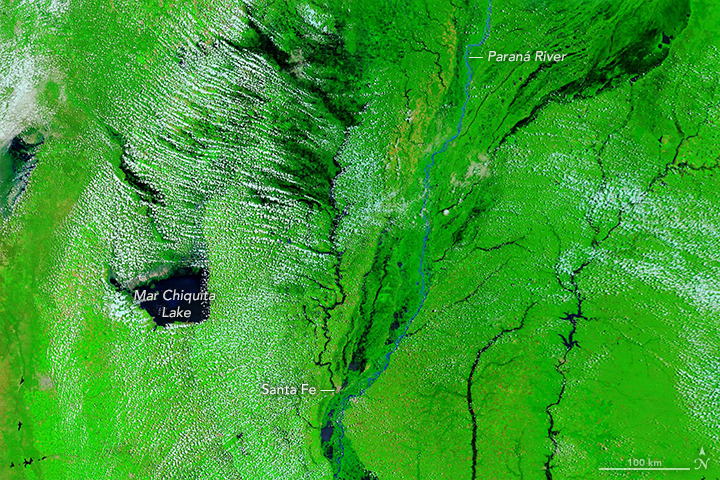 For the ranchers and soybean farmers of northeastern Argentina, January 2019 was a remarkably wet month.

After several weeks of storms that dropped about five times more rain than usual, floods have inundated millions of hectares of farmland, forced thousands of people to evacuate, and even turned some unsuspecting cattle into swimmers. Some areas received a year’s worth of rain in the first two weeks of January, according to the Buenos Aires Times.

The Moderate Resolution Imaging Spectroradiometer (MODIS) on NASA’s Terra satellite captured an image of flooding along the Paraná River on February 4, 2019. The second image shows the same area on December 8, 2018, before the recent bout of flooding.

The flooding has caused more than $2 billion in agricultural damage, according to one estimate. That makes it Argentina’s second-most-expensive flood on record. 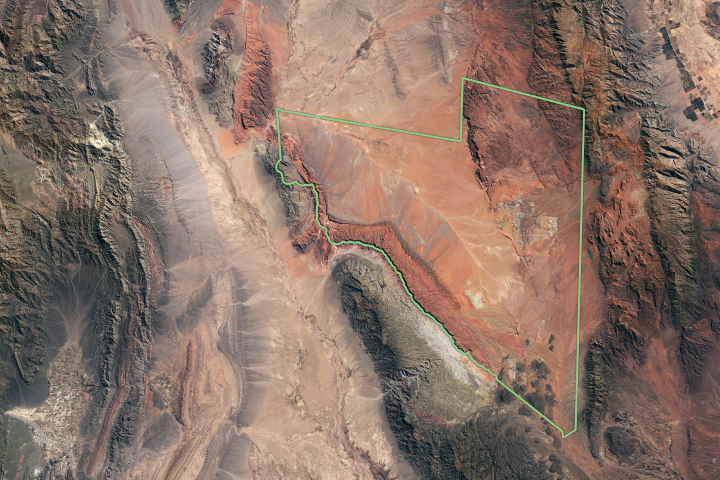