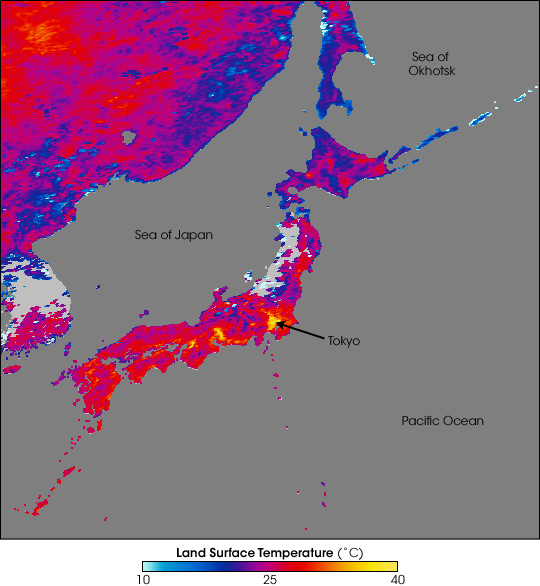 On Tuesday, July 20, 2004, the temperatures in Tokyo, Japan, hit a record-breaking 39.5 degrees Celsius (103.1 Fahrenheit), the hottest temperature ever recorded since records began in 1923, according to a TerraDaily news report. This image of average land surface temperatures across the islands between July 11 and July 18 shows how temperatures around the urban areas on the largest Japanese island, Honshu, climbed toward 40 degrees Celsius. Tokyo (labeled), and Nagoya and Osaka (in a line southwest of Tokyo) are all in the yellow colors of the top of end of the color scale. Cooler temperatures are blue, and cloudy areas are light gray. These observations were made by the Moderate Resolution Imaging Spectroradiometer (MODIS) on NASA’s Terra satellite.