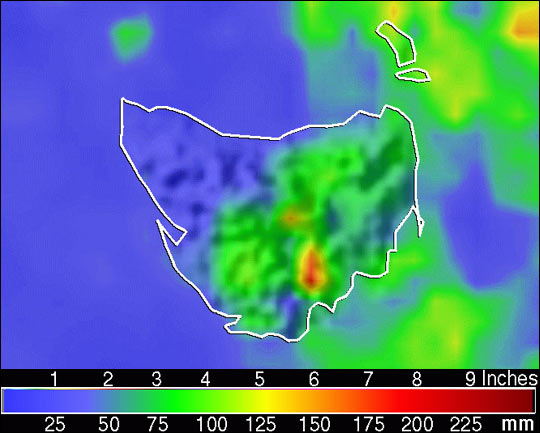 This image from the Tropical Rainfall Measuring Mission shows rainfall amounts over Tasmania during March 2003. This Australian state received record rainfall during the month, with many places receiving more rain than had ever been recorded. In this image, rainfall amounts appear in shades of blue (low to no rainfall) to red (highest rainfall).