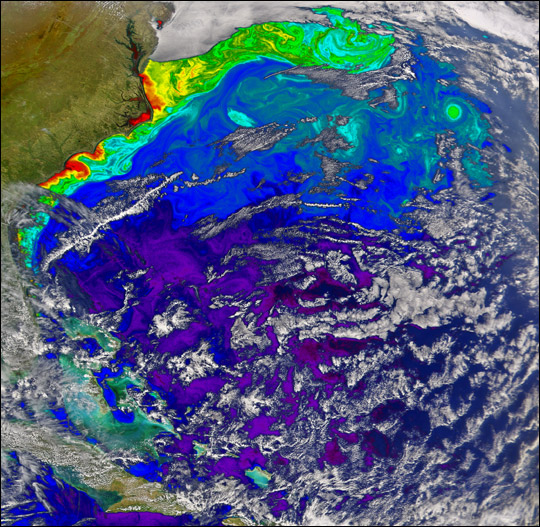 As the Gulf Stream flows northeastward it forms meanders that occasionally pinch off to form clockwise-rotating warm-core rings to the north and counterclockwise-rotating cold-core rings to the south. Cold-core rings generally have higher chlorophyll concentrations and lower surface temperatures than the surrounding water, and a few of them can be seen in this image. Cold core rings tend to form in the east and then gradually migrate towards the southwest. Some have been reported to remain recognizable for up to two years.

(Note: The phytoplankton in this image is not a hazard. The scene was posted for its scientific interest.)