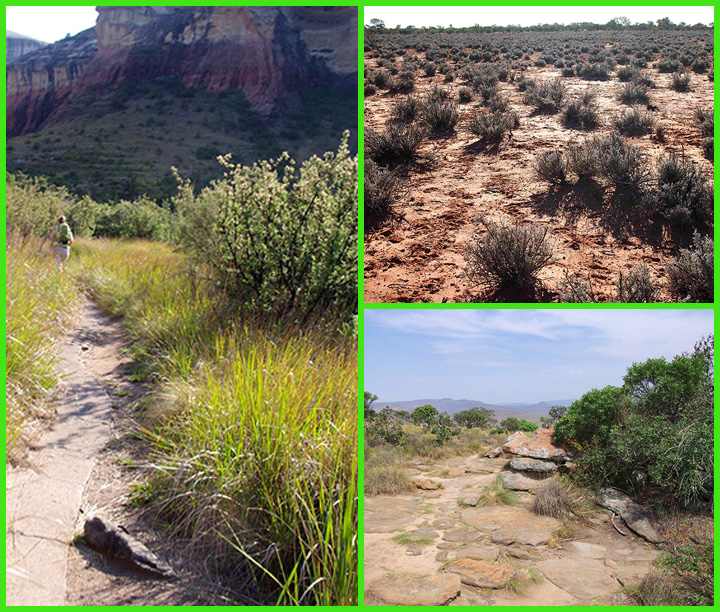 The summers are hot and dry with temperatures reaching up to 38°C (100°F).

The shrublands vary greatly but, 200 to 1,000 millimeters of rain per year can be expected.

West coastal regions between 30° and 40° North and South latitude

Plants have adapted to fire caused by the frequent lightning that occurs in the hot, dry summers. 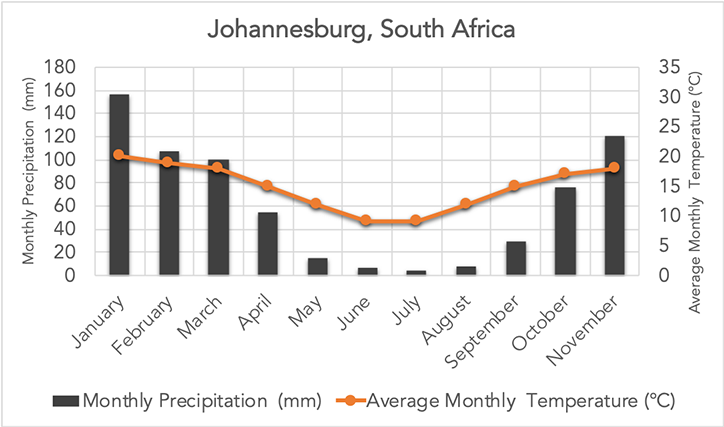 Shrublands include regions such as chaparral, woodland and savanna. Shrublands are the areas that are located in west coastal regions between 30° and 40° North and South latitude. Some of the places would include southern California, Chile, Mexico, areas surrounding the Mediterranean Sea, and southwest parts of Africa and Australia. These regions are usually found surrounding deserts and grasslands.

Shrublands usually get more rain than deserts and grasslands but less than forested areas. Shrublands typically receive between 200 to 1,000 millimeters of rain a year. This rain is unpredictable, varying from month to month. There is a noticeable dry season and wet season.

The shrublands are made up of shrubs or short trees. Many shrubs thrive on steep, rocky slopes. There is usually not enough rain to support tall trees. Shrublands are usually fairly open so grasses and other short plants grow between the shrubs.

In the areas with little rainfall, plants have adapted to drought-like conditions. Many plants have small, needle-like leaves that help to conserve water. Some have leaves with waxy coatings and leaves that reflect the sunlight. Several plants have developed fire-resistant adaptations to survive the frequent fires that occur during the dry season.