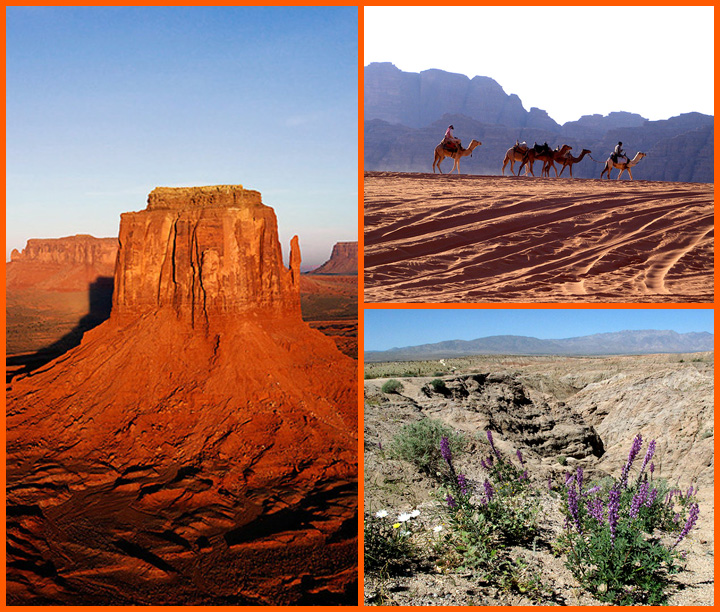 During the day, desert temperatures rise to an average of 38°C (a little over 100°F).

At night, desert temperatures fall to an average of -3.9 degrees celsius (about 25 degrees fahrenheit).

Deserts get about 250 millimeters (10 inches) of rain per year—the least amount of rain of all of the biomes. 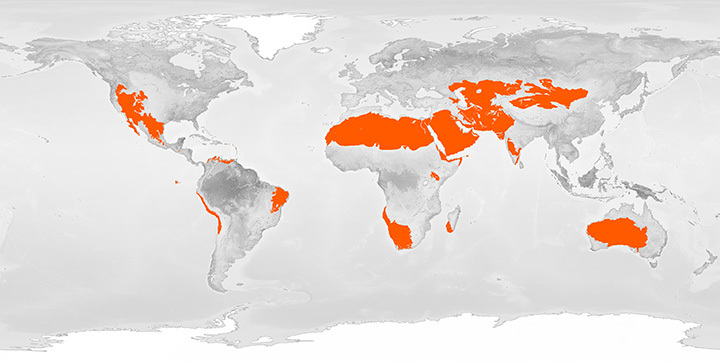 Perennials survive for several years by becoming dormant and flourishing when water is available. Annuals are referred to as ephemerals because some can complete an entire life cycle in weeks. 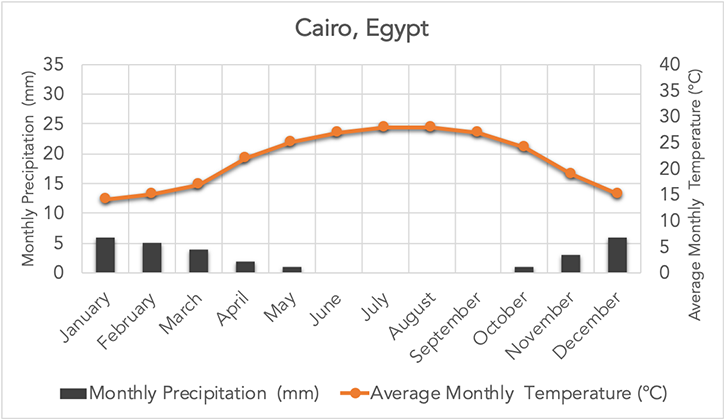 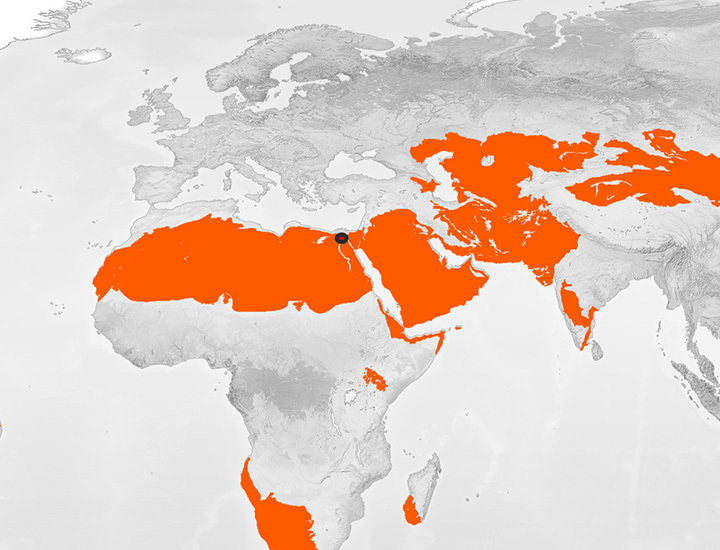 Desert biomes are the driest of all the biomes. In fact, the most important characteristic of a desert is that it receives very little rainfall. Most deserts receive less than 300 mm a year compared to rainforests, which receive over 2,000 mm. That means that the desert only gets 10 percent of the rain that a rainforest gets! The temperature in the desert can change drastically from day to night because the air is so dry that heat escapes rapidly at night. The daytime temperature averages 38°C while in some deserts it can get down to -4°C at night. The temperature also varies greatly depending on the location of the desert.

Since desert conditions are so severe, the plants that live there need to have adaptations to compensate for the lack of water. Some plants, such as cacti, store water in their stems and use it very slowly, while others like bushes conserve water by growing few leaves or by having large root systems to gather water. Some desert plant species have a short life cycle of a few weeks that lasts only during periods of rain.