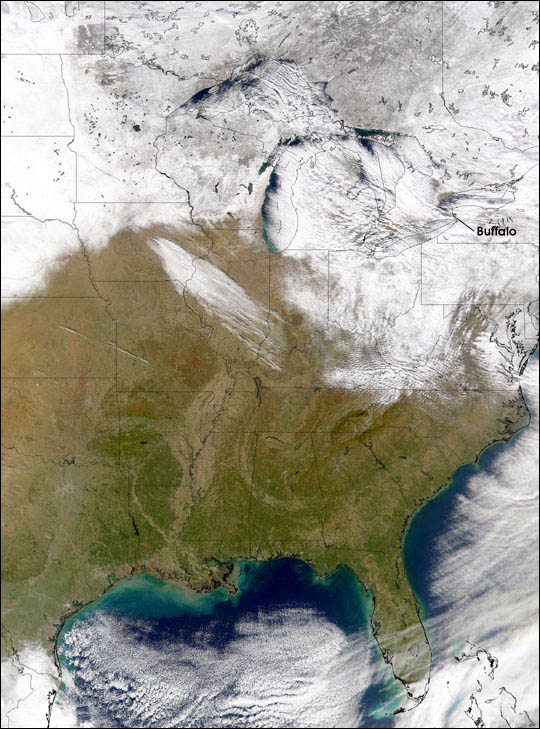 On November 20, 2000, Buffalo, New York was blanketed by a late-autumn storm that left 25 inches of snow on the ground in a 24-hour period, most of it during the afternoon rush hour. Buffalo officials declared a state of emergency and New York National Guardsmen were called in to assist with clearing snow from roads. With the exception of essential vehicles or people retrieving stranded children, all driving was banned in the city.

This SeaWiFS pass over the central United States and Canada depicts a source for all of the snow in Buffalo. Cold, dry Canadian air blowing toward the southeast picked up a lot of moisture from the relatively warm Great Lakes -- forming the clouds that lightened their loads over Buffalo.

This image was acquired November 21, 2000, by the Sea-viewing Wide Field-of-view Sensor (SeaWiFS) flying aboard the Orbview-2 satellite.

Acquired December 28, 2010, this natural-color image shows a combination of clouds and snow over the northeastern United States.