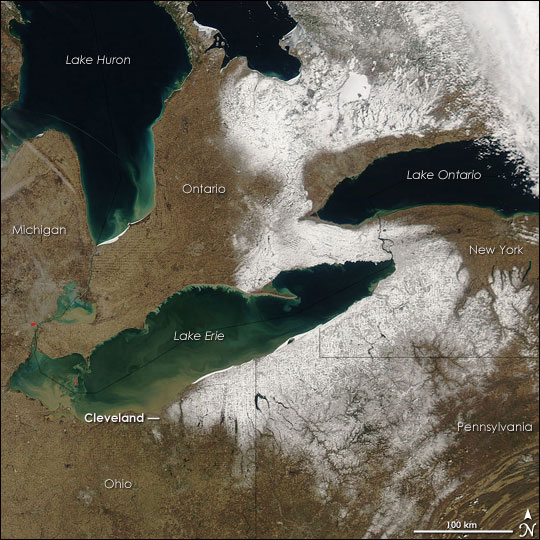 An early spring snow storm blasted Ohio, Pennsylvania, New York, and Ontario on April 2 and April 3, 2005. As much as 22 inches of snow fell in parts of Ohio, and though totals were significantly smaller in Cleveland, the storm still dumped enough snow on the city to make the winter of 2004-2005 the snowiest on record. Cleveland receives on average 63 inches of snow in the winter. In the winter 2004-2005, the snowfall total hit 105.5 inches. The storm knocked out power through much of northeastern Ohio and threw parts of the region into a state of emergency. The snow is expected to melt quickly, which could add to flooding problems along rivers in Pennsylvania.