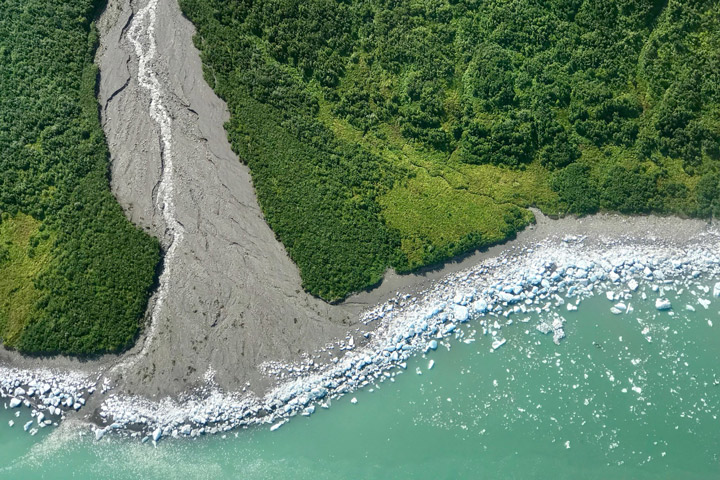 Each year since 2009, Chris Larsen has led two sets of flights to monitor Alaska’s mountain glaciers. From the air, scientists like Larsen collect critical information on how the region’s snow and ice is changing. They also are in a good position to snap photographs of the stunning landscape.

We previously showed some of Larsen’s photographs from flights in May 2018. A few months later, Larsen was flying again—this time with NASA science writer Maria-Jose Viñas on board. During a flight on August 19, 2018, Viñas shot this photograph during a mission to survey Yakutat Icefield and nearby glaciers in southeast Alaska.

The beach and stream in the photograph are in Russel Fjord near the terminus of the Hubbard Glacier. While this photograph does not show any glaciers, evidence of their presence is all around. Meltwater winds down a vegetation-free path of glacial outwash. On its way toward open water, the stream cuts through a beach strewn with icebergs.

“The Hubbard Glacier has a broad and active calving front providing a generous supply of icebergs,” said Larsen, a researcher at the University of Alaska, Fairbanks. “They are present all summer since new ones keep coming from the glacier.”

NASA’s Operation IceBridge makes lengthy flights each year over the landmasses of Greenland and Antarctica and their surrounding sea ice. While IceBridge-Alaska flights are shorter in length, the terrain is equally majestic and its snow and ice important to monitor. Wherever IceBridge flights are made, data collection depends in part on weather and instruments.

“This August was pretty normal for a ‘bad weather’ August. Once in a while we get really nice weather for this campaign, but not for a few years now,” Larsen said. “We had zero equipment issues with instruments or airplane so that was nice.”

Glaciers shed icebergs throughout summer, and the icy bodies collect at the beach. 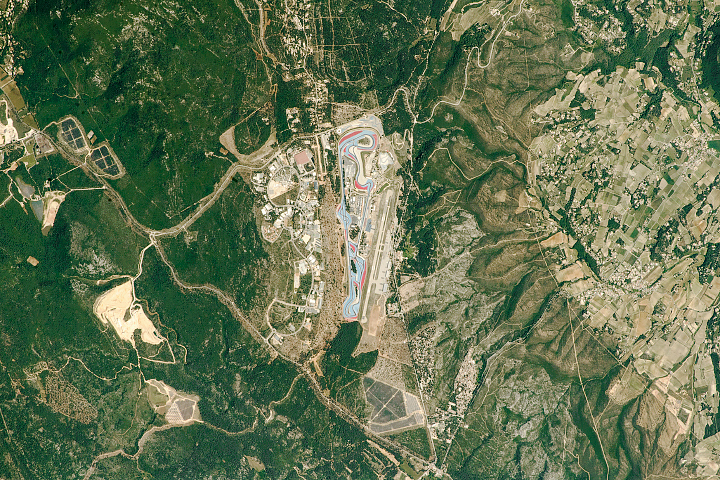