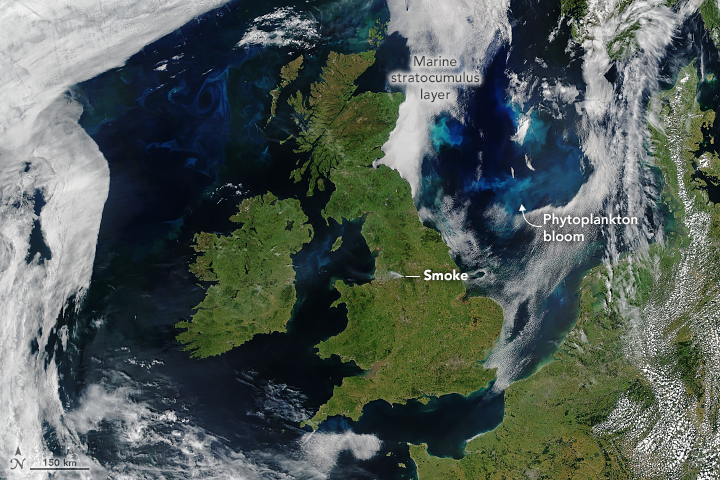 Islands tend to have a lot of cloud cover, thanks to the moisture all around them. Landmasses in middle latitudes also tend to be cloudier than other parts of the planet. And the intersections between different atmospheric circulation patterns can lead to a lot of cloud cover.

The United Kingdom and Ireland fit all of those categories, and they are among the cloudiest places on Earth. Air masses from the Arctic, southern and northern Europe, the Maritimes, and the Gulf Stream all come crashing together in this region. Yet in late June 2018, England, Ireland, Scotland, and Wales all bathed in a rare day of cloud-free skies.

On June 27, 2018, satellites captured the data for the natural-color image above. It is a composite of scenes acquired by the Moderate Resolution Imaging Spectroradiometer (MODIS) on NASA’s Aqua satellite and by the Visible Infrared Imaging Radiometer Suite (VIIRS) on the Suomi NPP satellite. While the islands on that day were cloudless, the seas around them were blanketed by lumpy marine stratocumulus clouds. Note, too, the phytoplankton bloom in the North Sea. 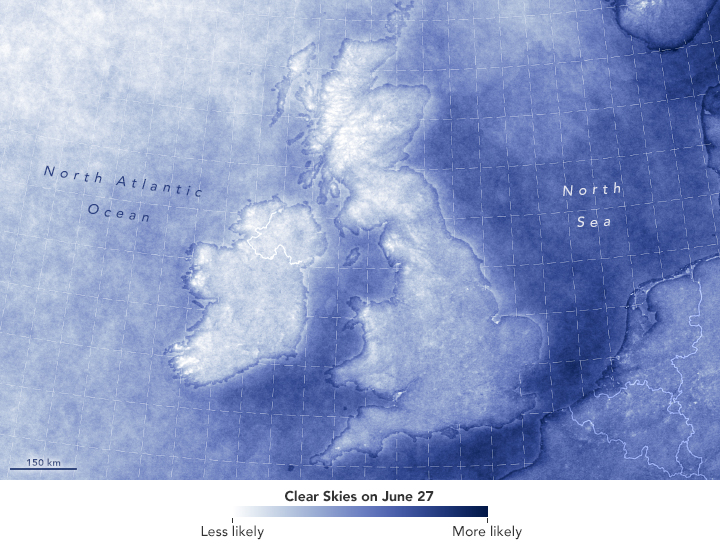 This map above was developed using observations made by the MODIS instruments on both the Terra and Aqua satellites. It is based on cloud-cover data collected on every June 27 between 2000 and 2017. Areas where the sensors observed clear skies most often are shown with dark blue; areas where the sensors observed the most clouds on June 27 are white.

The one blemish on the image above is the thick smoke from the Saddleworth Moor fire near Stalybridge, England. Fires spread across nearly 7 square miles of moorlands. The Operational Land Imager (OLI) on Landsat 8 acquired this natural-color image of the blazes around midday on June 27. 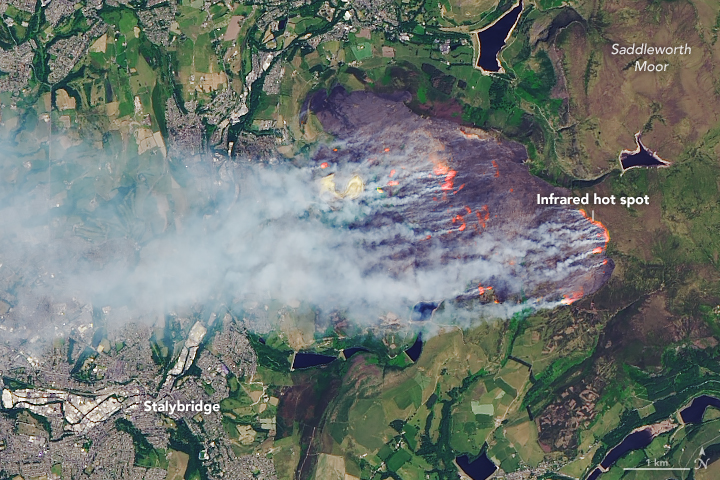