In late January 2018, NASA’s Global-scale Observations of the Limb and Disk (GOLD) instrument was launched into space aboard a commercial satellite. GOLD is novel in two ways: it marks the first time that a NASA science mission is flying an instrument as a commercially hosted payload, and it is the first time scientists will monitor the daily and hourly weather of the uppermost parts of Earth’s atmosphere where it meets the edge of space.

The instrument was launched on January 25 on an Ariane 5 rocket attached to SES-14, a communication satellite. On January 28, GOLD was briefly powered on to make sure it was working, then shut back down for the transit to orbit. The satellite and instrument are now moving toward their final position in a geostationary orbit. The mission is being led by the University of Central Florida.

Space is not completely empty: It is teeming with fast-moving, charged particles and with electric and magnetic fields that guide their motion. At the boundary between Earth’s atmosphere and space, the charged particles of the ionosphere co-exist with the upper reaches of the neutral atmosphere, or thermosphere. The two commingle and influence one another constantly. This interplay is the focus of the GOLD mission.

“The upper atmosphere is far more variable than previously imagined, but we don’t understand the interactions between all the factors involved,” said Richard Eastes, mission principal investigator at the University of Colorado. “That’s where GOLD comes in: For the first time, the mission gives us the big picture of how different drivers meet and influence each other.” 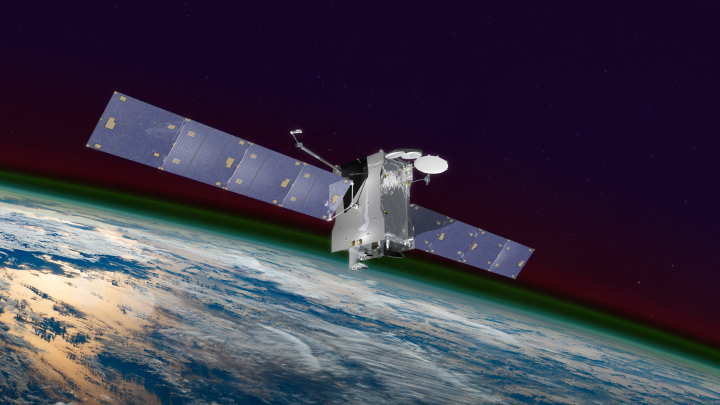 Historically difficult to observe, this little understood region responds both to terrestrial weather in the lower atmosphere and the tumult of space weather above. It responds rapidly, too, undergoing dramatic change in as little as an hour.

Big events in the lower atmosphere, such as hurricanes or tsunamis, create waves that can travel all the way up to this interface to space, changing wind patterns and causing disruptions. From the space side, flurries of energized particles and solar storms carry electric and magnetic fields and have the potential to disrupt Earth’s space environment. This combination of factors makes it difficult to predict changes in the ionosphere.

GOLD seeks to understand what drives change in this critical region. The resulting data will improve forecasting models of the space weather events. It is the first mission that can provide observations fast enough to monitor in detail the hour-by-hour changes (not just the overall climate) of space weather.

Roughly the size of a mini fridge, the 80-pound GOLD instrument is an imaging spectrograph that breaks light down into its component wavelengths and measures their intensities. Specifically, it measures far ultraviolet light, creating full-disk ultraviolet images of Earth from its geostationary vantage point above the Western Hemisphere. GOLD will collect observations with a 30-minute cadence, much higher than any mission that has come before it.

From these images, scientists can determine the temperature and relative amounts of different particles—such as atomic oxygen and molecular nitrogen—present in the neutral atmosphere, which is useful for determining how these neutral gases shape ionospheric conditions. These data will provide the first maps of the upper atmosphere’s changing temperature and composition all over the Americas.

Astronaut photograph ISS054-E-5626 was acquired on December 25, 2017, with a Nikon D4 digital camera using a 600 millimeter lens, and is provided by the ISS Crew Earth Observations Facility and the Earth Science and Remote Sensing Unit, Johnson Space Center. The image was taken by a member of the Expedition 54 crew. The image has been cropped and enhanced to improve contrast, and lens artifacts have been removed. The International Space Station Program supports the laboratory as part of the ISS National Lab to help astronauts take pictures of Earth that will be of the greatest value to scientists and the public, and to make those images freely available on the Internet. Satellite rendering by Chris Meaney, NASA Goddard's Conceptual Image Lab. Story by Lina Tran, NASA GSFC. 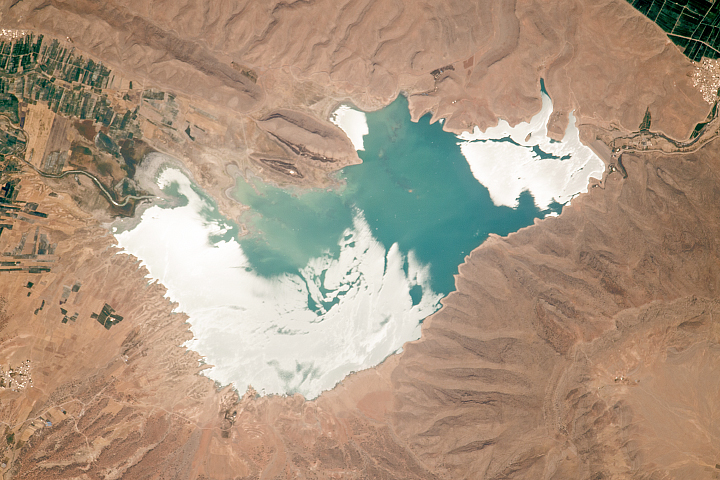 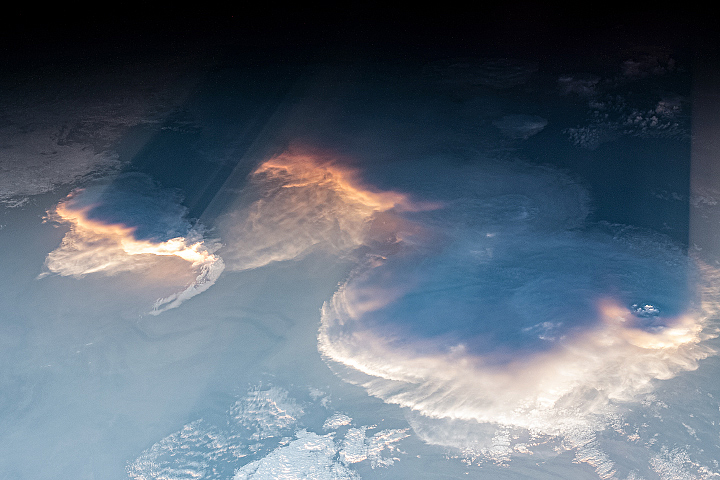