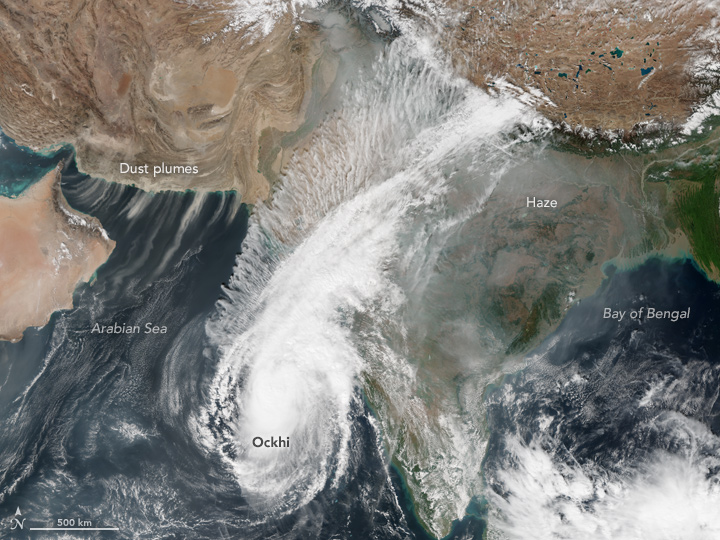 Tropical Storm Ockhi brought drenching rain to the west coast of India in early December 2017, while also stirring up dust plumes and disturbing stagnant, smoggy air in the interior.

On December 4, 2017, the Visible Infrared Imaging Radiometer Suite (VIIRS) on the Suomi NPP satellite acquired the data for a natural-color image (above) of the tropical cyclone approaching India. The diffuse center of the storm was expected to make landfall near Mumbai and Gujarat state on December 5. Schools and colleges were shut down for the day as a precautionary measure.

Note the smog and haze to the north and east of the storm in the December 4 image—remnants of a persistent air pollution event in the northern reaches of India. The strong winds and atmospheric circulation of Ockhi could clear that air over the next few days; rainfall also could wash many of the aerosol particles out of the air.

To the north and west in the image, streams of airborne dust and sand blew out over the Arabian Sea from Pakistan and Iran. The plumes are a visible manifestation of strong northerly and northeasterly winds associated with the turbulent weather in the region. The outer bands of Ockhi stretched far to the north, and the system likely strengthened the pressure gradient between the cyclone and a high-pressure system to the northwest, intensifying surface winds until they picked up dust. 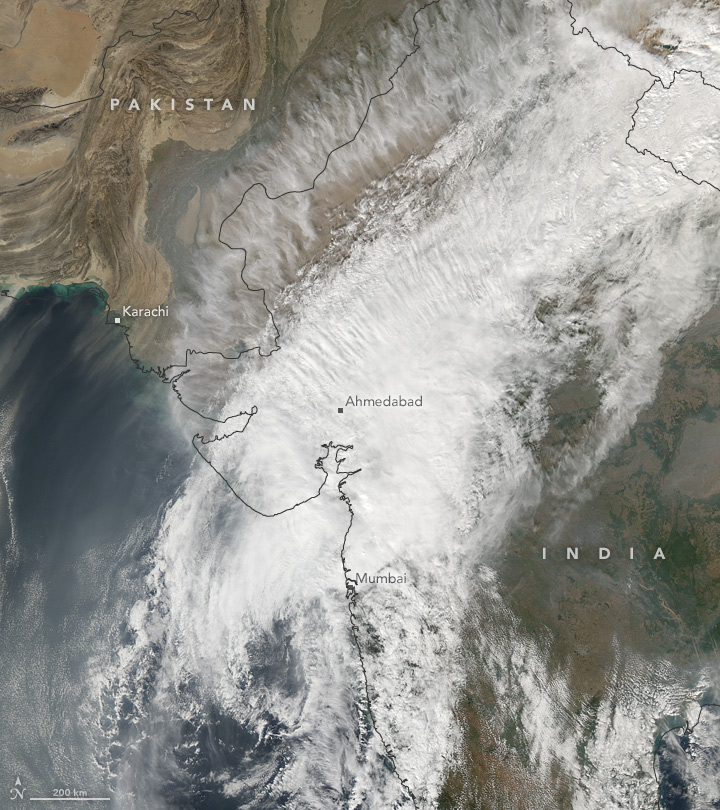 On December 5, 2017, the Moderate Resolution Imaging Spectroradiometer (MODIS) on NASA’s Aqua satellite acquired the second image, a natural-color view of Ockhi as the storm neared landfall. At the time of the image, sustained winds were estimated to be 45 knots (50 miles or 80 kilometers per hour).

Ockhi is the strongest cyclone to develop in the Arabian Sea since Megh in 2015. It formed near southern India and Sri Lanka on November 30, 2017, moved out over the Arabian Sea, intensified to category 3 strength on December 2–3, but then weakened quickly as it moved north and closer to land.

According to Indian media, the name Ockhi means “eye” in the Bengali language.

The storm system kicked up dust, stirred up smog, and brought heavy rainfall to the Arabian Sea coast of India. 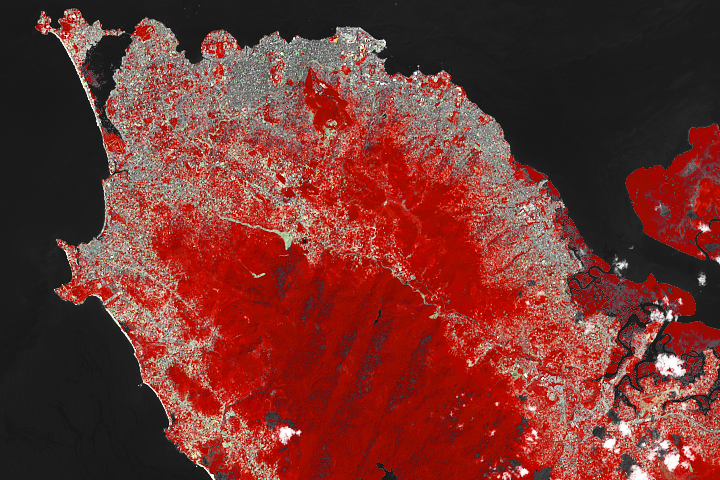 Chapala is predicted to make landfall in Oman or Yemen, with the potential to bring several years’ worth of rain in a matter of days.