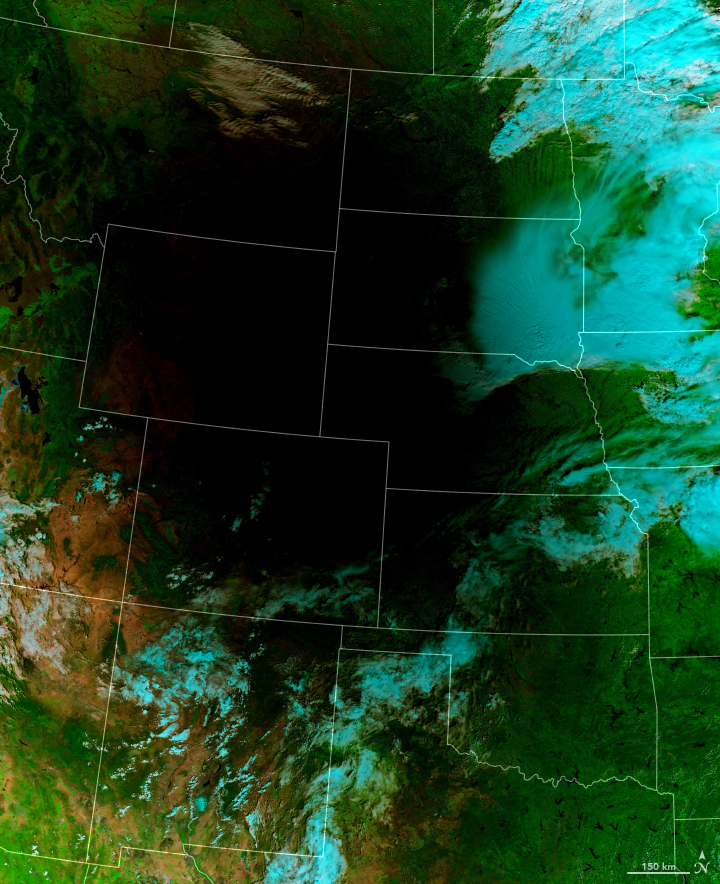 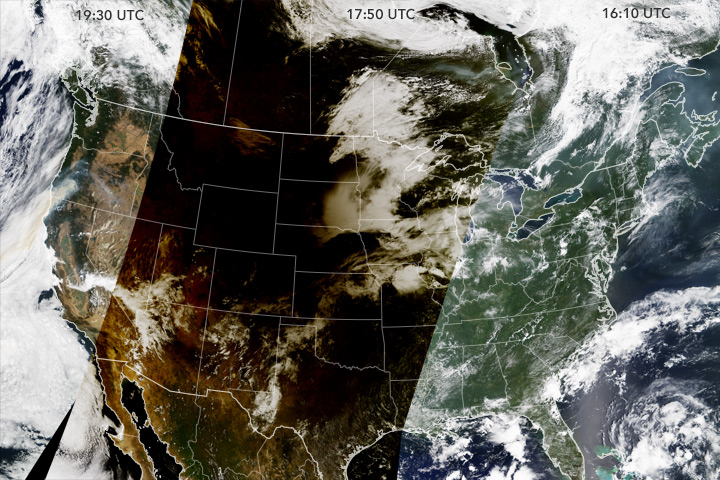 On August 21, 2017, many Americans saw day turn temporarily to night as the Moon passed between the Sun and the Earth to create a total solar eclipse.

As people in the 70-mile-wide (110-kilometer-wide) path of totality looked up and saw blinding light replaced by a dark circle and the Sun’s wispy corona, NASA Earth-observing satellites captured imagery of the Moon’s shadow as it raced eastward over the continental United States.

The Moderate Resolution Imaging Spectroradiometer (MODIS) sensor on the Terra satellite captured this false-color (bands 7-2-1) image of the shadow over the central United States at 11:50 a.m. Mountain Time (17:50 Universal Time). The shadow is black. Clouds appear light blue. Beyond the edge of the shadow, the Earth’s lit surface is green and brown. The shadow cast by an eclipse consists of the completely shadowed umbra and the partially shadowed penumbra.