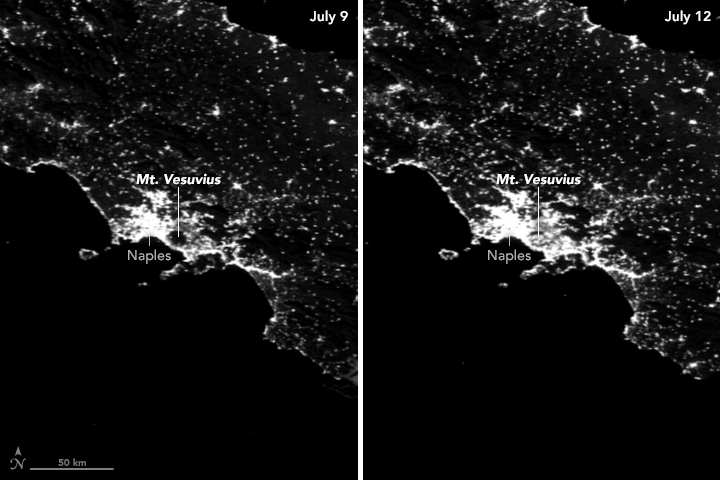 The forest preserve on Mount Vesuvius normally keeps the Italian mountain shrouded in darkness when viewed in nighttime astronaut photographs or satellite images of Naples.

That was not the case on July 12, 2017, when the Visible Infrared Imaging Radiometer Suite (VIIRS) on Suomi NPP captured an image (right) of wildfires lighting up the slopes of the volcano. The July 9, 2017, image (left) was taken before the fires began. The image was captured by the VIIRS “day-night band,” which detects light in a range of wavelengths from green to near-infrared and uses filtering techniques to observe signals such as city lights, auroras, wildfires, and reflected moonlight.

The July fires have burned much of the woodlands in Vesuvius National Park, which was established in 1995. The park protects more than 600 types of plants, 100 species of birds, and many small mammals and reptiles.

Mount Vesuvius is best known for a catastrophic eruption in 79 A.D. that destroyed the cities of Pompeii and Herculaneum. Its last major eruption occurred in 1944.

Several fires that burned around the volcano took a toll on the forests of Vesuvius National Park. 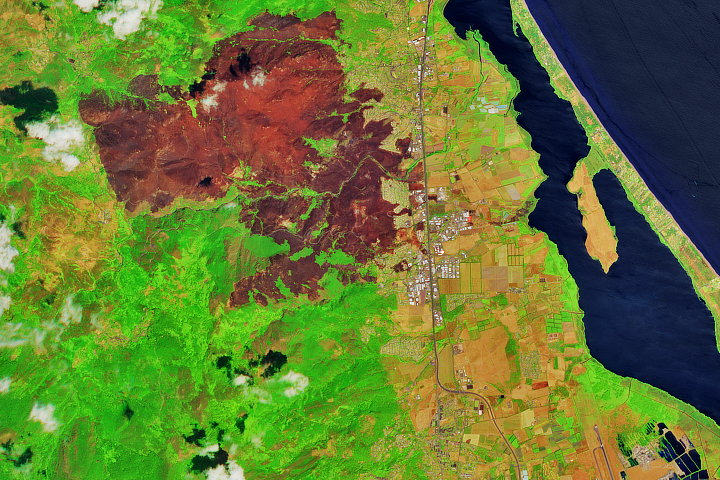 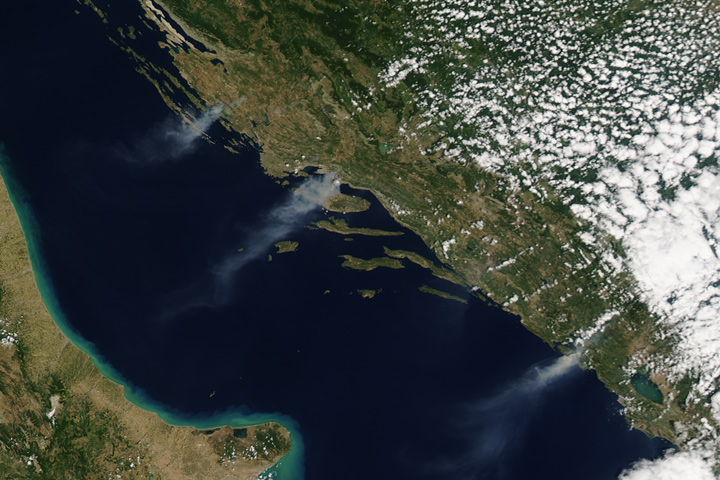 The blaze burned so brightly that its light was visible at night from space.

Numerous hot spots from the Mustang Complex Fire are visible in northern Idaho. A plume of thick, billowing smoke streams west from the brightest fires near the Idaho-Montana border. 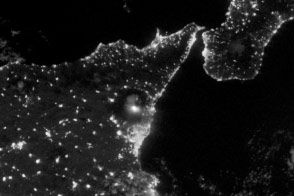 Hot lava is visible at the summit of Sicily's Mount Etna during a recent bout of activity.