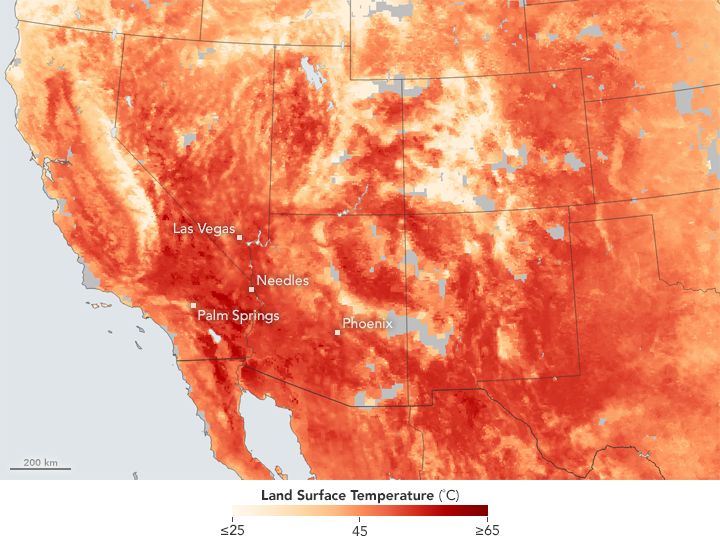 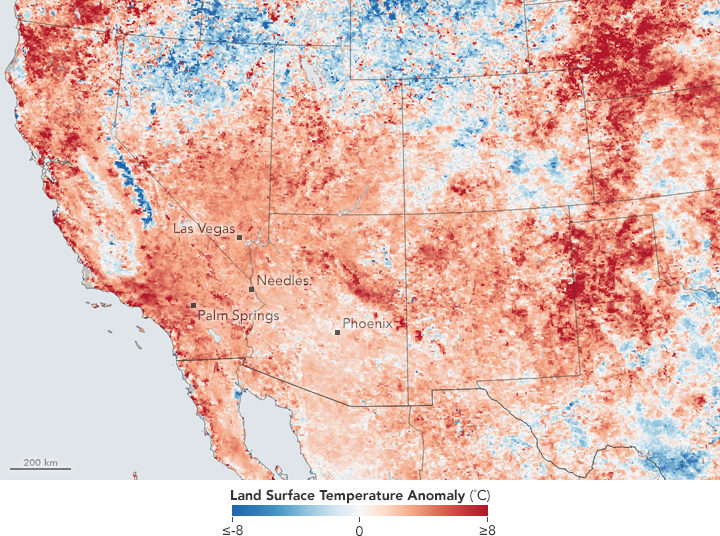 Hot temperatures are a fact of life in the American Southwest, but the sweltering heat that baked the region in mid-June was anything but routine.

With a large ridge of high pressure lingering over the region, sweltering temperatures neared and, in some cases, surpassed heat records. Power companies faced record demand for electricity. Dozens of flights were grounded. Some people even died because of the heat.

The map at the top of the page shows the heat wave as observed by satellite on June 21, 2017. Note that it depicts land surface temperatures (LSTs), not air temperatures. LSTs reflect how hot the surface of the Earth would feel to the touch in a particular location, and they can sometimes be significantly hotter or cooler than air temperatures. (To learn more about LSTs and air temperatures, read: Where is the Hottest Place on Earth?)

The scope and the duration of the heat wave has been unusual. Broad swaths of California, Nevada, Utah, Arizona, and New Mexico all felt the heat. With extreme temperatures in the forecast for a few more days, some cities may break all-time heat wave duration records.

The National Weather Service reminds people dealing with extreme heat to drink plenty of water, limit outdoor activity, and wear loose and light-colored clothing. NWS suggests checking in on the sick, elderly, and those who do not have air conditioning; they also caution that children and pets should never be left alone in hot vehicles, even for a brief period.