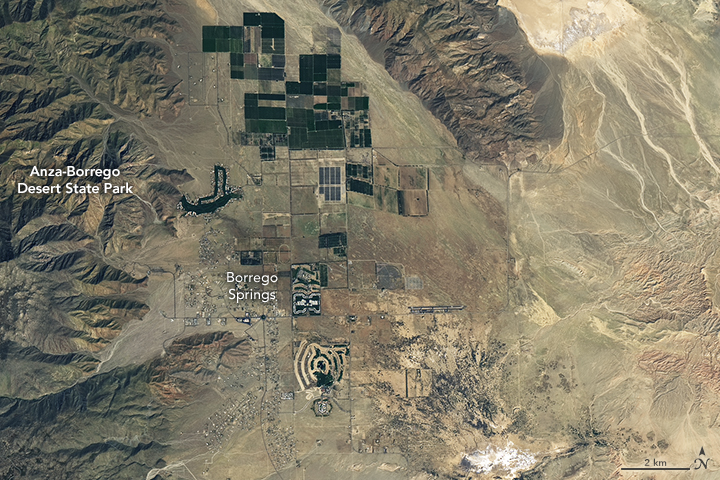 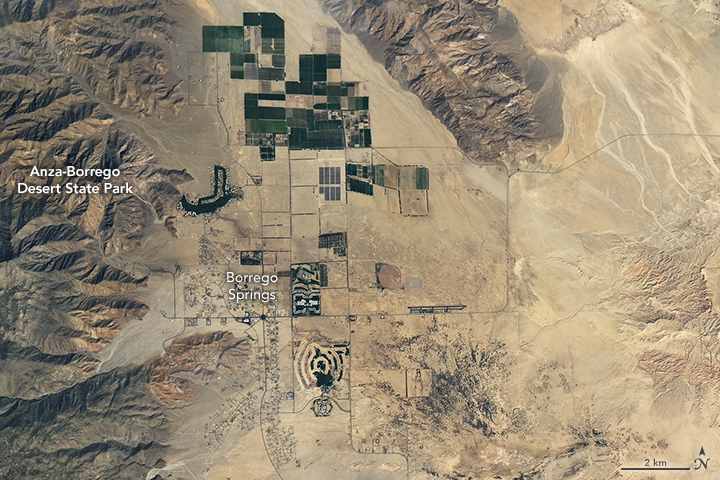 Carpets of desert dandelions, brittlebush, and sand verbena drew visitors to the nearby state park. From space, a hint of green betrayed the presence of this revived plant life. The top image, acquired by the Operational Land Imager (OLI) on Landsat 8, shows the desert on March 23, 2017. Compared to an image taken at the same time in 2016, the area is noticeably more verdant. Turn on the image comparison tool to better view the details.

Such floral outbursts commonly occur after heavy rain falls on arid locales. For instance, in 2015, unusually strong rains caused wildflowers to bloom en masse in Chile’s Atacama Desert. Because such rains encourage growth of underbrush in a very hot, dry desert locales, they can increase the probability of fires in subsequent heat waves. In California’s Sonoran Desert, periods of heavy precipitation also have been found to drive up populations of mule deer.

The recent blooms followed an unusually wet winter that brought heavy rain and snowfall to California after a period of prolonged drought. 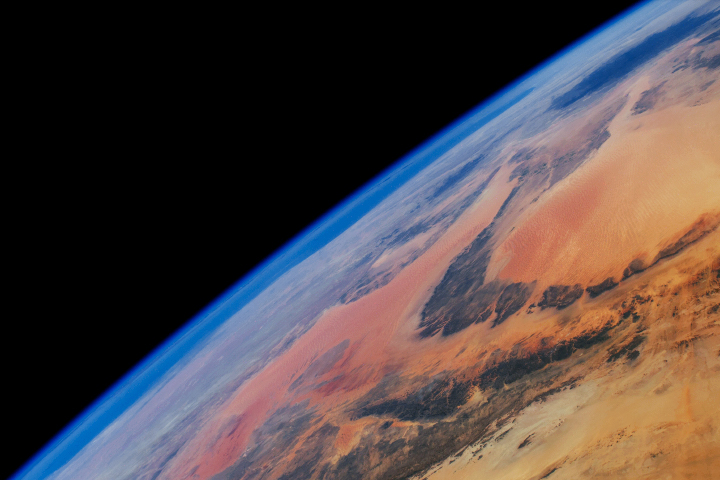 The Libyan Desert is often cited as a Mars analogue.