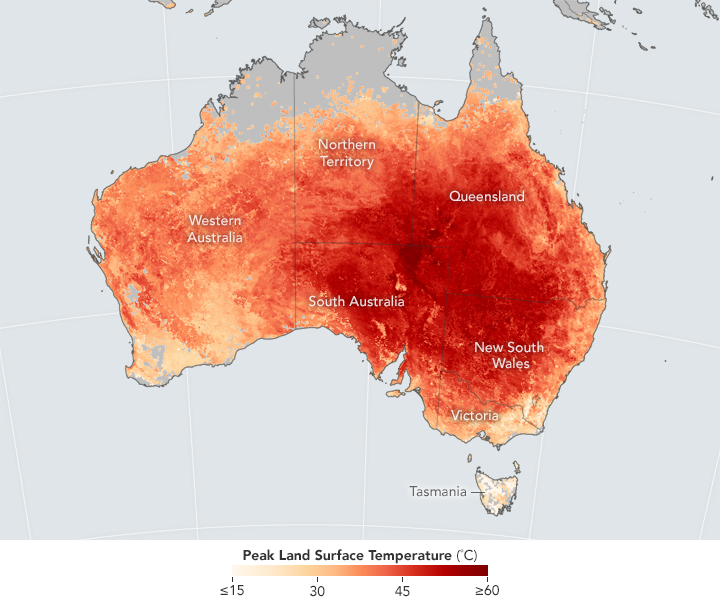 Heat waves are not unusual in Australia. A subtropical belt of high pressure that flows over the continent regularly delivers pulses of hot, dry air to the surface in the summer. Yet even by Australian standards, the intense heat wave of February 2017 has been remarkable.

When a high-pressure system stalled over central Australia, extreme temperatures emerged first in South Australia and Victoria and then spread to New South Wales, Queensland, and Northern Territory. With overheated bats dropping from trees and bushfires burning out of control, temperatures smashed records in many areas.

In some places, the duration of the heatwave has been noteworthy. Mungindi, a town on the border of Queensland and New South Wales, endured 52 days in a row when maximum temperatures exceeded 35°C (95&degF)—a record for New South Wales.

Many scientists see exceptional heat waves like this as part of a broader trend. For instance, one study published by the Climate Council of Australia concluded that heatwaves—defined as at least three days of unusually high temperatures—grew significantly longer, more intense, and frequent between 1971 and 2008. 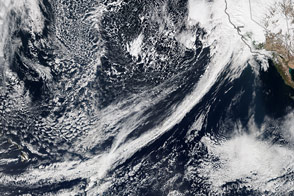