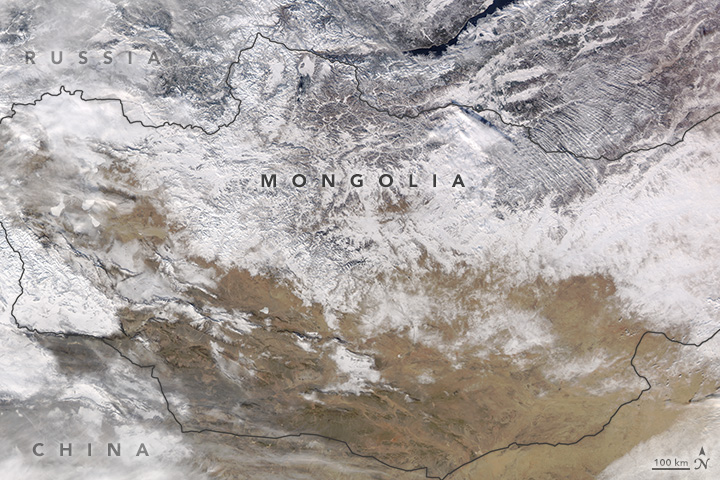 For the second year in a row, Mongolians are grappling with an unusually cold and snowy winter.

In a country with many herder families that graze livestock on open steppe, extreme winter weather can prove disastrous if large numbers of animals starve due to thick snow and ice covering grazing lands. These events are known locally as dzuds.

On January 9, 2017, the Moderate Resolution Imaging Spectroradiometer (MODIS) on NASA’s Aqua satellite captured this image of snow across northern Mongolia. An estimated 157,000 Mongolians now face dzud conditions, according to ReliefWeb. During winter 2016, more than one million cattle died during a similar event.