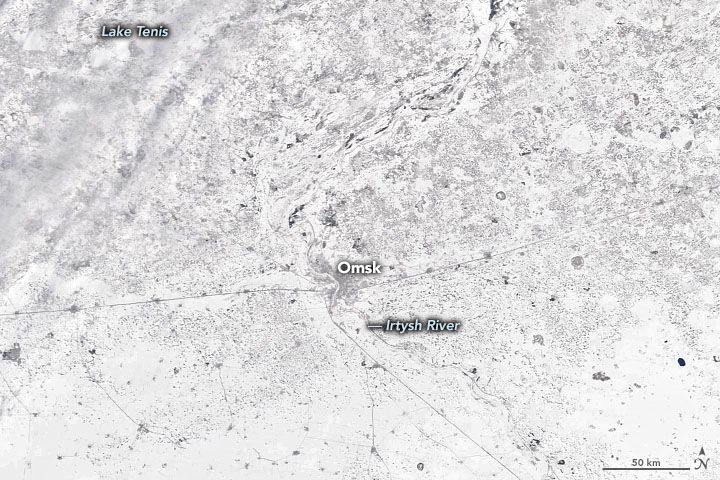 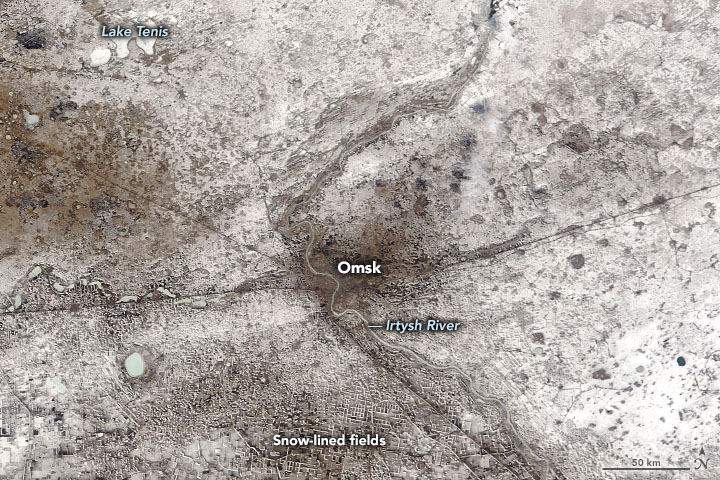 After months of snow and ice, the coldest regions of Russia are finally shedding their winter coats.

The images above show the progression of spring in the Siberian city of Omsk, located near the border of Kazakhstan. On April 1, 2021 (left), the terrain appears as a mostly homogeneous blanket of white. By April 13 (right), the snow cover was peeled back to reveal some city features and nearby farms. The images were acquired by the Moderate Resolution Imaging Spectroradiometer (MODIS) on NASA’s Terra satellite.

Home to more than one million people, Omsk is one of the ten largest cities in Russia. It is also one of the coldest, averaging around -20°C (-4°F) in the winter. The region is mostly a flat plain, which helps the snowpack spread evenly across the surface. Despite the cold temperatures, locals sometimes swim in the icy waters of the Irtysh River during a winter swimming season.

The land surrounding the city is dominated by farmland. The rich soils of the forest-steppe and steppe (grasslands and forests) were intensively cultivated and turned into agricultural fields in the 1950s. Spring wheat is a main crop, but farmers also produce flax, sunflower, and mustard. Smaller nearby towns are home to small food-processing centers.

Springtime is typically short-lived in the region, and warming temperatures in western Siberia are making it even shorter. In 2020, a steady heat wave beginning in April brought record-breaking air temperatures to Omsk. Trees bloomed weeks ahead of schedule, while river ice broke up a month ahead of the usual time. 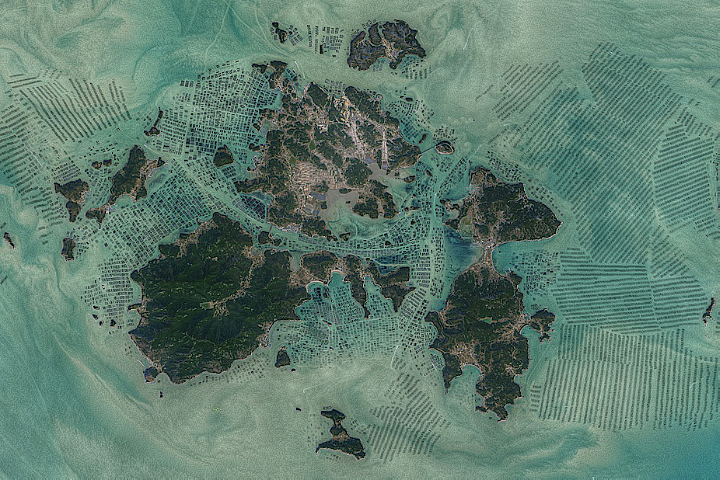 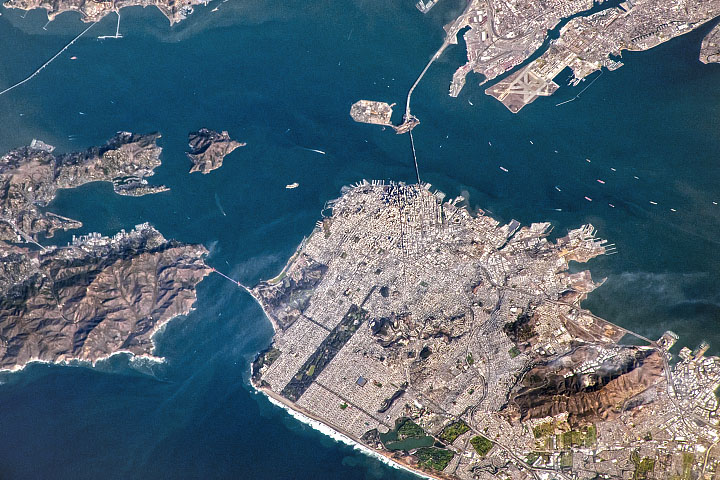 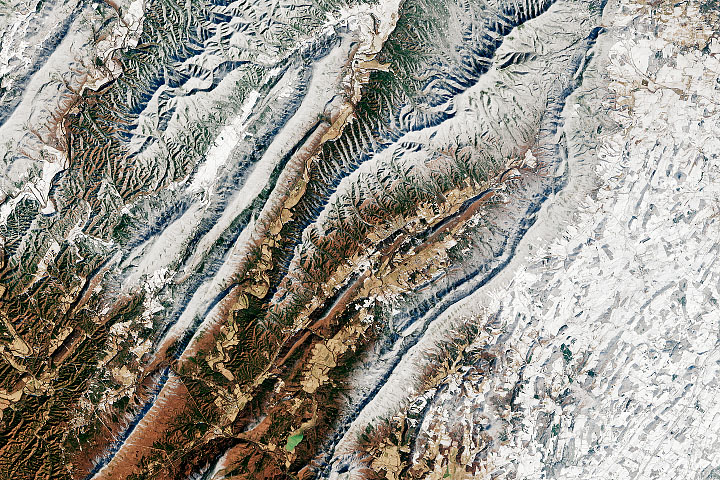 Winter in the Appalachians

A blast of winter weather dropped enough snow to accent the mountainous region of Virginia, West Virginia, and Maryland. 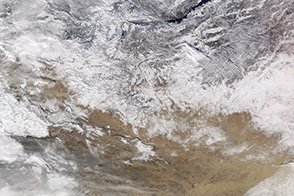