Snow Sweeps Across the United States 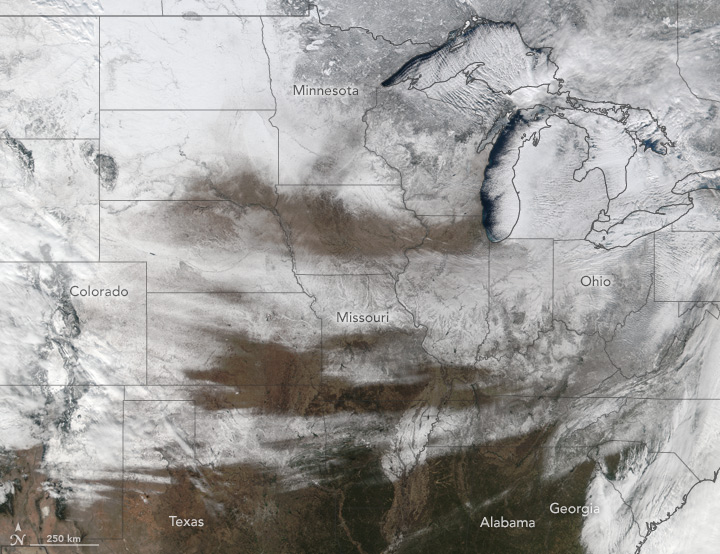 A cold, white blanket covered most of the continental U.S. in early January 2017. Most states received a dusting, though there were blizzard-like conditions in some areas, USA Today reported. The Visible Infrared Imaging Radiometer Suite (VIIRS) on the Suomi NPP satellite captured this image on January 7, 2017.

Snow also blanketed the Texas Panhandle, an area that will continue to see temperatures well below average in the coming week, according to meteorologists. Forecasts for Amarillo, Texas, predict a weather roller-coaster ride: sunshine and 72 degrees Farenheit (22 degrees C) one day, and blustery, below-freezing temperatures and several inches of snow on another.

The images below, captured in the same week as the image above by the Moderate Resolution Imaging Spectroradiometer (MODIS) on NASA’s Aqua and Terra satellites, show snow blanketing the Pacific Northwest as well as the East Coast. 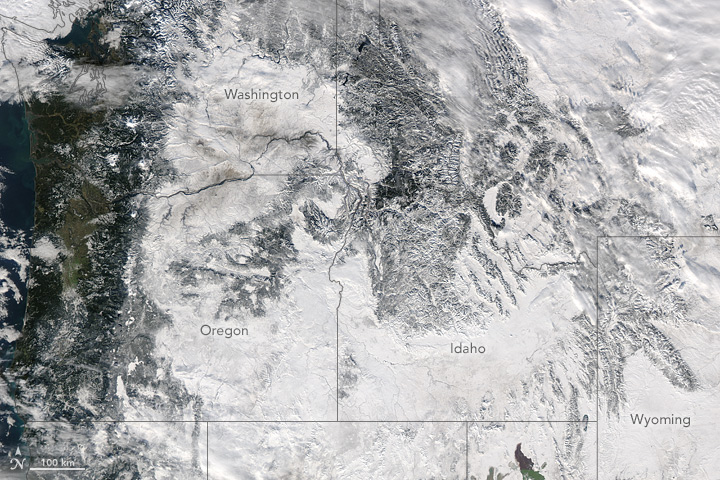 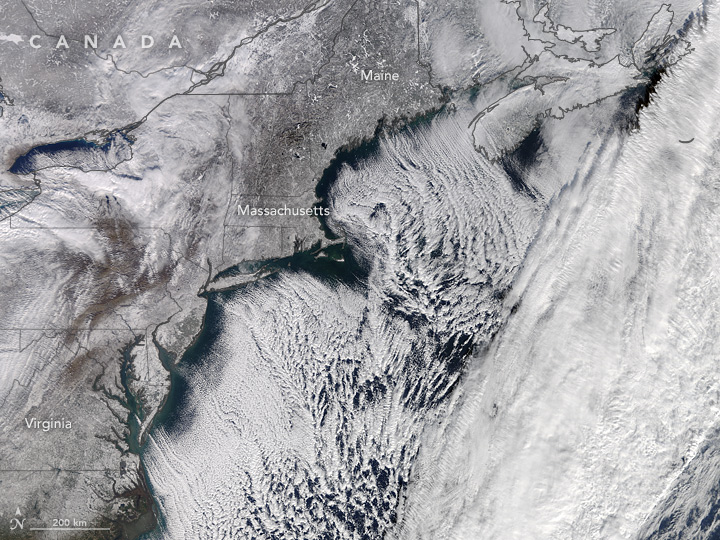 Winter snow covered parts of the U.S. in January 2017. 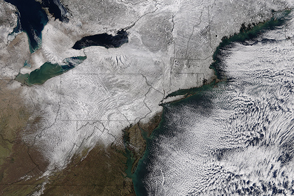 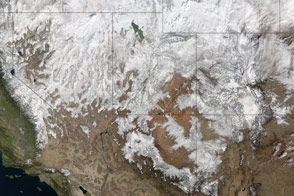 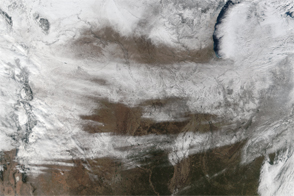