A Desert Landscape Scarred by Fire 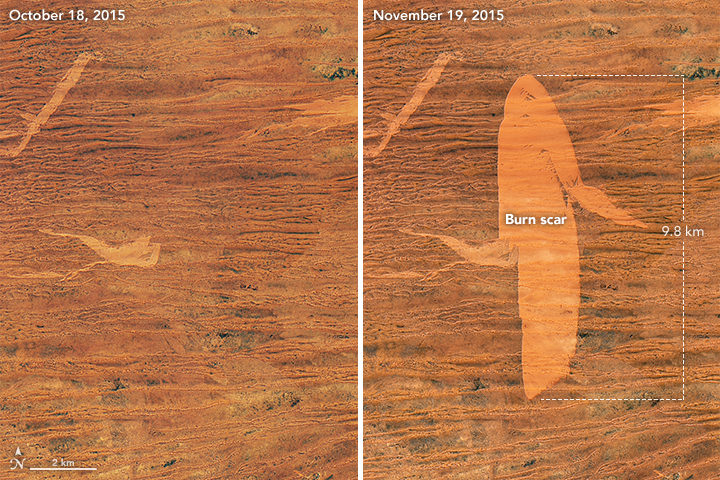 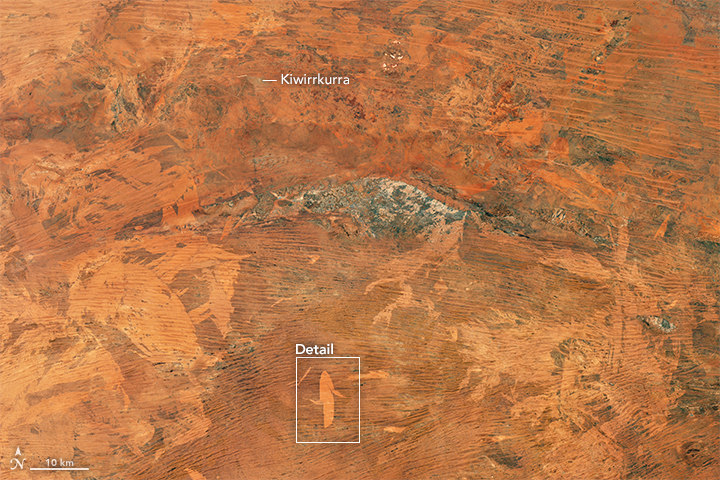 The Gibson Desert in Western Australia is a vast, desolate, and beautiful place. Aside from patchy tufts of desert grass and the occasional shrub or tree, the fire-prone landscape is mainly one of undulating red dunes, desert pavement, and sandy plains.

For tens of thousands of years, nomadic Aboriginal people traveled the harsh landscape around Lake MacKay looking for food and water. That nomadic lifestyle was transformed when the British military began missile tests in the region in 1950s; most of the Pintupi people living in the area ended up in small settlements such as Kiwirrkurra.

A change in the lifestyle of the Pintupi resulted in some fairly dramatic changes to the landscape as well. By comparing aerial imagery from the 1950s with a series of more recent images collected by Landsat satellites, an ecologist with Western Australia’s forest department Neil Burrows found that fire scars around Lake Mackay grew much larger after the Pintupi were resettled.

The Pintupi used to light fires to encourage the growth of certain edible plants that were only abundant in years after a fire. Pintupi hunters also used fires to drive game animals from their burrows, and hunting in a recently burned area made game easier to track.

On November 19, 2015, the Operational Land Imager (OLI) on Landsat 8 satellite acquired the image at the top of the page—a burn scar in the Gibson Desert. The burn scar is light orange compared to the darker orange areas that have not burned recently. The vegetation on the unburned parts of the landscape is primarily the desert grass Triodia (see photo below). The gray area south of Kiwirrkurra is a range of stony hills. Imagery collected by the Moderate Resolution Imaging Spectroradiometer (MODIS) sensors on NASA’s Aqua and Terra satellites indicate that a thunderstorm on November 7 triggered the fire.

The burn scar is located about 80 kilometers (50 miles) southwest of Lake Mackay (-23.284888 South, 127.859769 East.) The lower image shows a broader view. Note the size of many of the burn scars in this area. Without regular burning, flammable vegetation builds up and fires tend to be large and intense. 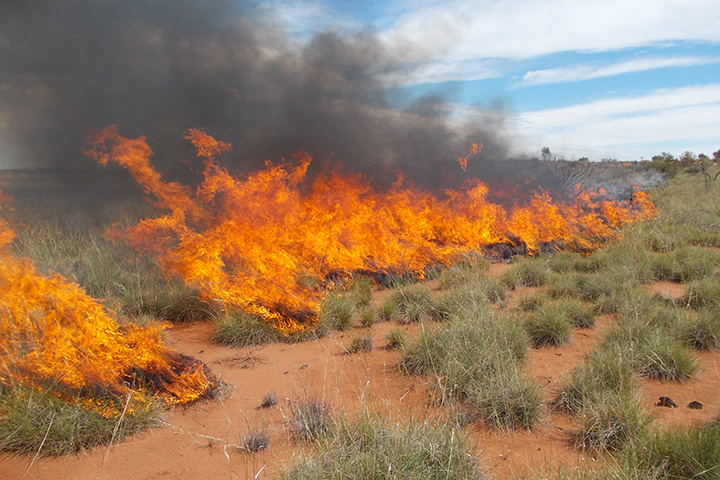 “At about 2,500 hectares (6,100 acres), this is a very small fire these days,” said Burrows. “Since the cessation of traditional aboriginal burning, it is not uncommon for a single fire to be several hundred thousand hectares. In 2012, to the south of this fire, a fire burnt 3.2 million hectares (7.9 million acres) over two weeks.”

All of these big fires may be doing more than changing the appearance of the landscape. Ecologists report sharp declines in the population of some native mammals in the area. Burrows and some other ecologists argue that the changing fire regime is likely one of the causes of the decline.

NASA Earth Observatory images by Joshua Stevens, using Landsat data from the U.S. Geological Survey. Photo courtesy of Neil Burrows. Note: Though taken in the Gibson Desert, the photo does not show the fire that caused the burn scar highlighted in the Landsat image. Caption by Adam Voiland. Congratulations to Adam Liefloff for being the first to weigh in with an answer for the September Puzzler on Earth Matters. Congratulations also to Cait Stuart, Tyler Keaton, and Rosemary Butt for being some of the first readers to solve the puzzler on Facebook. 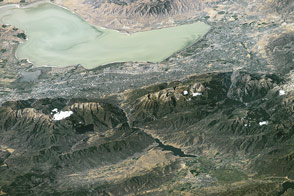