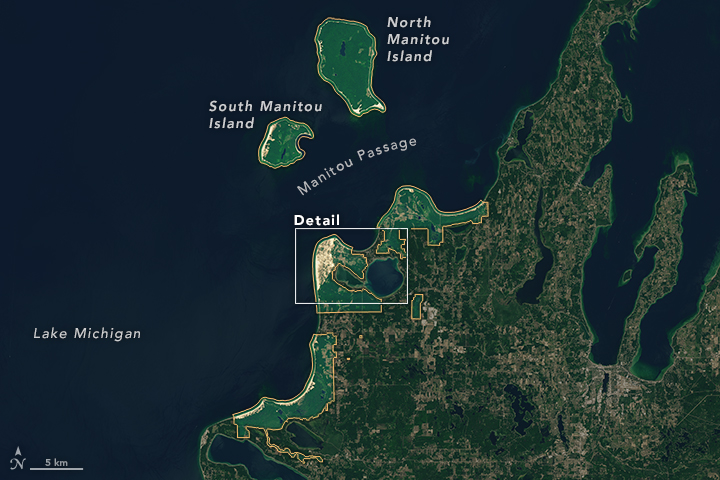 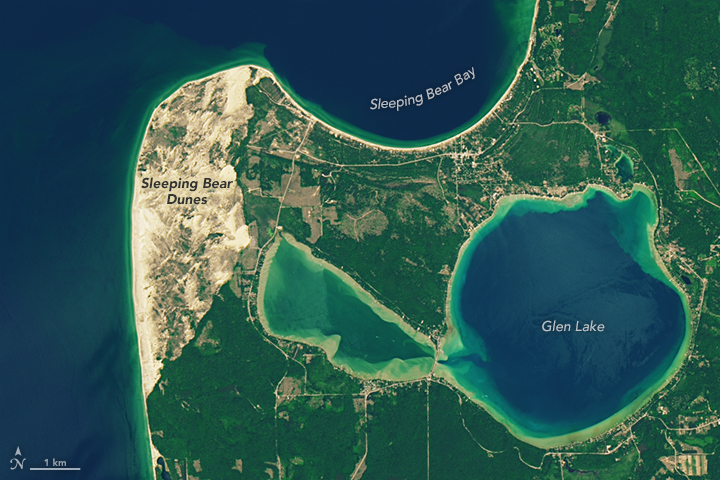 The Ojibwa tribe has a heart-rending legend that explains how the dunes of Sleeping Bear Dunes National Lakeshore and two nearby islands in Lake Michigan formed.

The legend says that long ago, a mother bear and two cubs were driven into the lake by the encroachment of fires on land. After hours of swimming, the mother bear reached the far shore of the lake. But when she turned around to check on the progress of her cubs, she saw nothing. Both of them had slipped beneath the lake surface and disappeared. The mother bear spent days staring out across the lake in the hopes they would eventually swim ashore. But after weeks of waiting, the heartbroken mother bear laid down to sleep on a bluff overlooking the lake and never woke up. In recognition of her suffering, the Ojibwa say a powerful spirit covered her with sand and made her two cubs rise above the water as North and South Manitou island.

Geologists have a different way of explaining the formation of the dunes and the two islands. The geological story begins with ice. During the last Ice Age, glaciers spread southward from Canada, burying the area under thick sheets of ice. As these sheets of ice slid southward, they ground parts of the underlying bedrock into sand under their tremendous weight. When the ice eventually retreated about 12,000 years ago, it left behind large piles of sand and rock debris called moraines, creating the hilly terrain visible along the lakeshore today. Sand deposited by glaciers is the main ingredient for the “perched dunes” located on bluffs relatively high above the water level. Meanwhile, the combined pounding from winds, waves, and lake ice also built dunes at lower elevations along the shoreline from beach sand.

The images above, acquired by the Operational Land Imager (OLI) on Landsat 8 on June 17, 2016, show Sleeping Bear Dunes National Lakeshore, which spans 56 kilometers (35 miles) along the eastern shore of Lake Michigan. The orange lines mark the boundary of the national lakeshore. In the lower image, notice the tan sand dunes on a plateau between Glen Lake and Lake Michigan.

Landsat satellites are used for much more than producing pretty photo-like images. For instance, the National Park Service uses Landsat to monitor changes in the landscape over time. As noted in a technical report released by the park service in 2014, one notable change detected by Landsat between 2006 and 2011 was a sharp increase in forest disturbance in 2009. During that year, a forest pathogen caused higher than normal levels of deforestation.

The dunes at Sleeping Bear Dunes National Lakeshore in Michigan are a geological wonder. 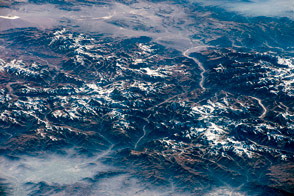