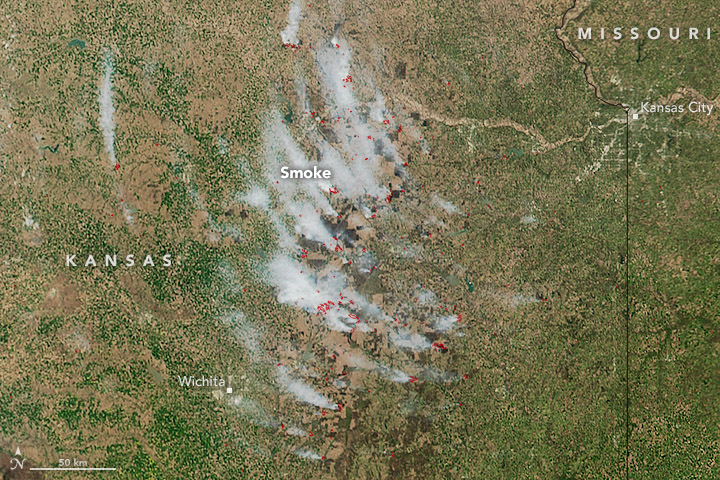 Every spring, the skies in eastern Kansas fill with smoke when ranchers burn their pastures. Fires remove old vegetation, encourage the growth of fresh grass that makes for good forage, and prevent forests from taking over the prairie.

Heavy rains in the summer of 2015 set the stage for the current fires. The rains triggered a growth spurt that made prairie vegetation unusually lush by the fall. After that vegetation died back during a dry winter, the prairie was primed to burn. According to the U.S. Drought Monitor, most of Kansas is either abnormally dry or in a state of moderate drought. Meanwhile, strong winds this spring have intensified the fires and caused some of them to spread out of control. 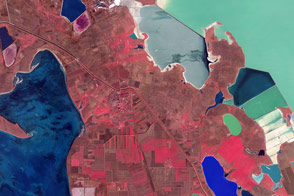 Fires in Kansas and Oklahoma

In late March 2016, Kansas endured one of the largest wildfires in state history.

Acquired July 2, 2010, this image shows fires burning along the Volga River in western Russia. A cluster of fires sends an opaque plume of smoke toward the northwest.

Smoke Billows from Fires in the Yucatan