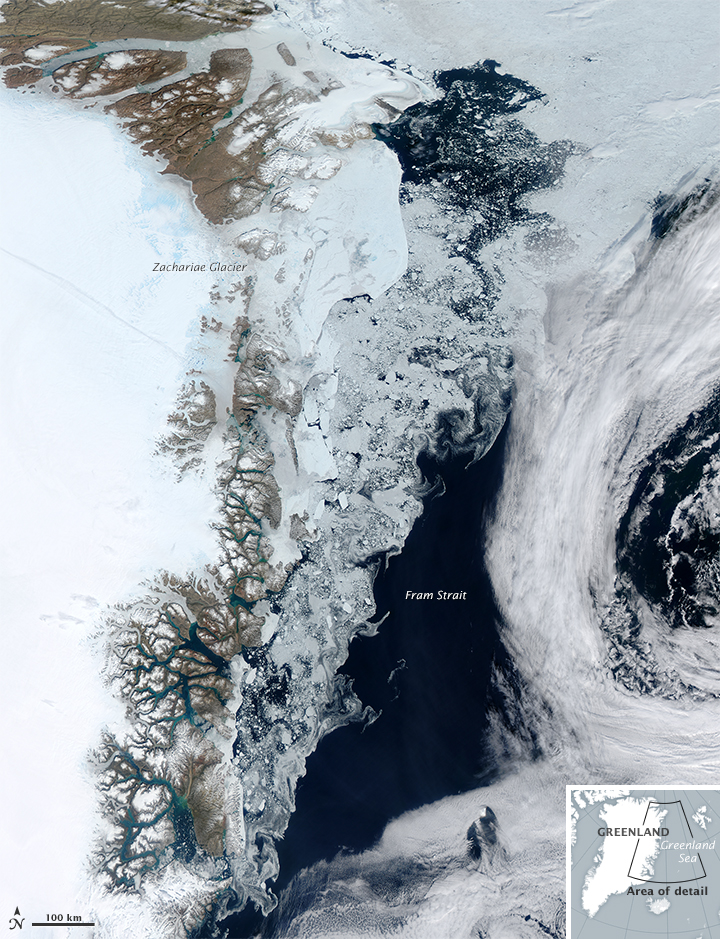 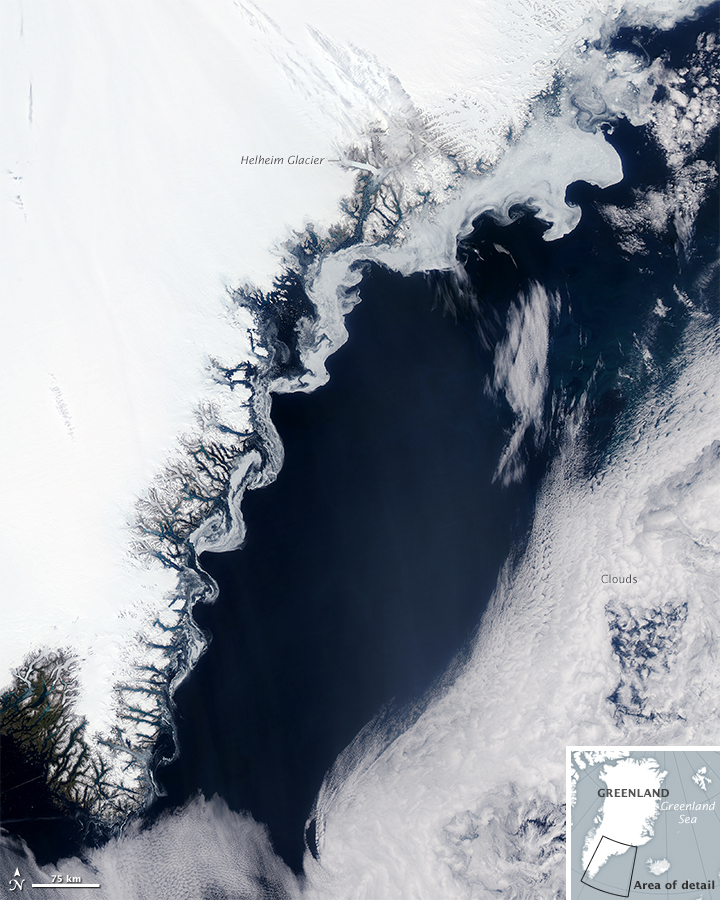 As the northern hemisphere experiences its warmest months of the year, ice is moving and melting in Arctic waters and on the frozen lands that surround it. Such is the case along the edge of the Helheim and Zachariae glaciers on Greenland’s east coast.

The Moderate Resolution Imaging Spectroradiometer (MODIS) on NASA’s Aqua satellite acquired these two images of ice swirling off of Greenland on July 16, 2015. The spirals of ice are shaped by winds and currents that move across the sea.

Along the Greenland coast, cold, fresh melt water from the glaciers flows out to the sea, as do newly calved icebergs. Frigid air from interior Greenland pushes the ice away from the shoreline, and the mixing of cold water and air allows the sea ice to be sustained even at the height of summer.

According to observations from satellites, 2015 is on track to be another low year for arctic summer sea ice cover. The past ten years have included nine of the lowest ice extents on record. The annual minimum typically occurs in late August or early September.

The amount of Arctic sea ice cover has been dropping as global temperatures rise. The Arctic is two to three times more sensitive to temperature changes than the Earth as a whole. A number of models predict that sea ice will completely disappear in the summers within 30 years.

“In a sense, our planet will be losing its air conditioner in the summer,” said Nathan Kurtz, a cryospheric scientist at NASA’s Goddard Space Flight Center.

Because sea ice is already at equilibrium with the sea level, its disappearance will not add to sea level. But when bright, white sea ice—which reflects sunlight—is replaced with darker open water, the ocean absorbs more sunlight and heat, further contributing to increases in the rate of global warming. The loss of summer sea ice also will greatly reduce the habitats of polar bears and seals.