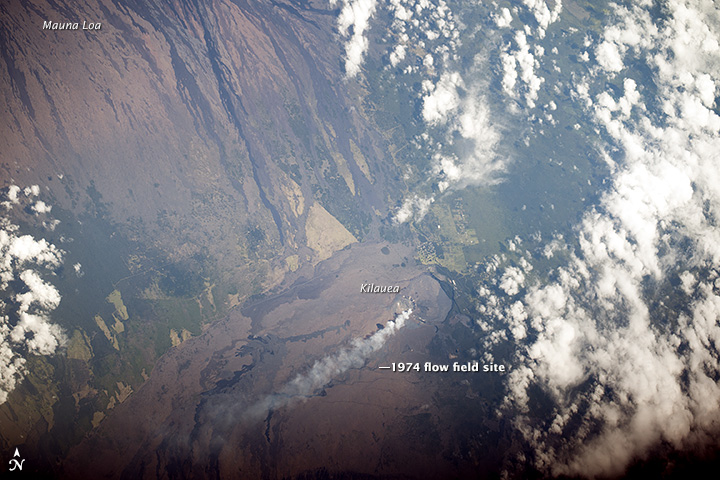 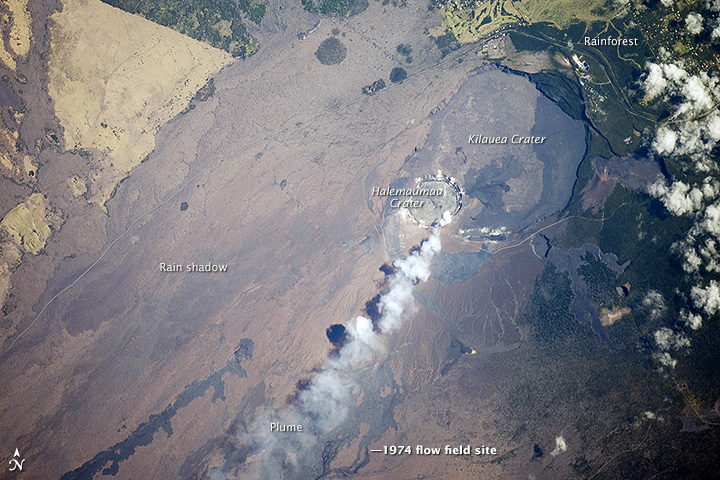 In early June 2015, a team of scientists, journalism students, and an astronaut conducted a geological field study similar to what future astronauts might have to do upon landing on the Moon or Mars.

They chose as their planetary analogue a stark, otherworldly landscape in Hawaii Volcanoes National Park, in an area where lava flowed along the southwestern rift of Kilauea in 1974. The site is located within the rain shadow west of the summit, allowing for better weather, little vegetation, and well-exposed volcanic features. The prevailing winds blow Kilauea’s plume over the area, a constant threat to field work.

The team made observations and collected data with a variety of field instruments as if they had landed on an unfamiliar surface on the Moon or Mars. For instance, they used a handheld X-ray fluorescence sensor to observe the geochemistry of rock and soil samples; an X-ray diffraction unit for assessing mineralogy; and an infrared camera with filters for distinguishing spectral information about the volcanic outcrops around them. They also shot photos from cameras flown on kites, as well as lidar data about the surface textures of the area.

The primary objective was to document the procedures and the natural variables explorers might have to work with in a new planetary environment. The team was guided by several key questions: How long would it take the crew (two scientists and an astronaut) to assess the geology of a designated site? How well did the field instruments work in identifying key features? How useful were the data? How much time was invested in collecting and interpreting the data? And can those data and observations be integrated to determine the best samples to bring back home to Earth for more detailed scientific study? The goal is to figure out the most efficient and scientifically useful studies that could be made in a limited time on another planet.

You can learn more about the field work, as recorded by the embedded journalists, by visiting this site. Read about the project’s objectives by clicking here. The activity was sponsored by NASA’s Solar System Exploration Virtual Institute (SSERVI) and conducted by a team called Remote, In Situ, and Synchrotron Studies for Science and Education (RIS4E).

Astronaut photographs ISS023-E-48276 and ISS023-E-48277 were acquired on May 21, 2010, with a Nikon D3X digital camera using 390 mm and 650 mm lenses, respectively. They are provided by the ISS Crew Earth Observations Facility and the Earth Science and Remote Sensing Unit, Johnson Space Center. The images were taken by a member of the Expedition 23 crew. The images have been cropped and enhanced to improve contrast, and lens artifacts have been removed. The International Space Station Program supports the laboratory as part of the ISS National Lab to help astronauts take pictures of Earth that will be of the greatest value to scientists and the public, and to make those images freely available on the Internet. Additional images taken by astronauts and cosmonauts can be viewed at the NASA/JSC Gateway to Astronaut Photography of Earth. Caption by Cynthia Evans, ARES, NASA-JSC.

In June 2015, a team of scientists, journalism students, and an astronaut conducted a geological field study similar to what future astronauts might have to do when they first land on the Moon or Mars. 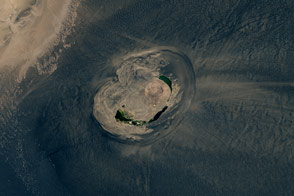