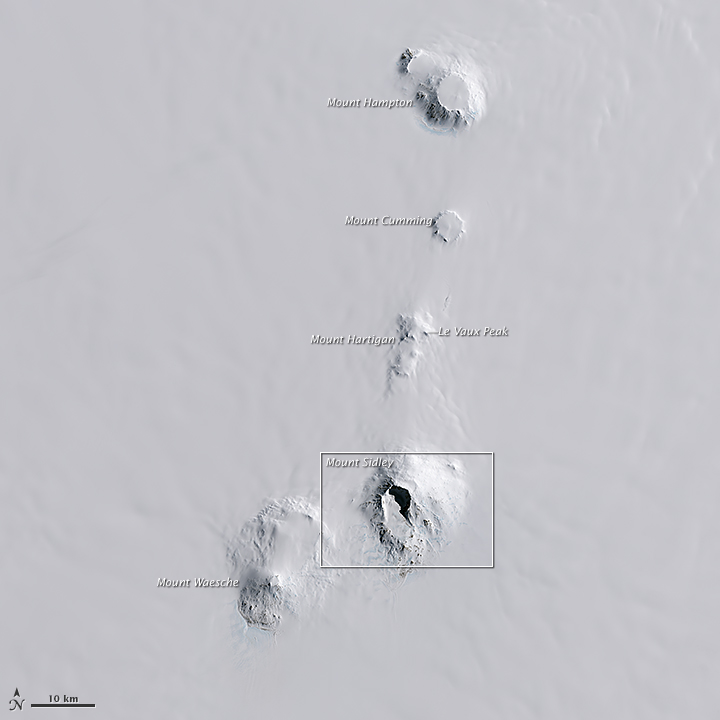 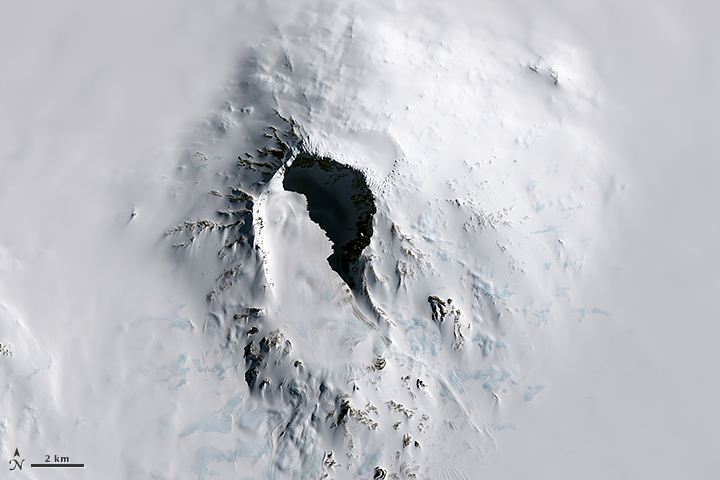 Along a 900-kilometer (560-mile) stretch of Antarctica's Pacific Coast, 18 major volcanoes jut from the ice sheet. The chain, similar in size to the Cascade volcanic chain in North America, is home to the continent’s tallest volcano—Mount Sidley. (Not to be confused with Vinson Massif, Antarctica's tallest mountain.)

According to the USGS Geographic Names Information System, Rear Admiral Richard E. Byrd discovered the volcano during a flight on November 18, 1934. He later named the mountain after Mabelle E. Sidley, the daughter of a contributor to the Byrd Antarctic Expedition.

Sidley is one of five volcanoes in the Executive Committee Range (top image), which stretches about 80 kilometers (50 miles) from north to south. The range was discovered during a flight by the United States Antarctic Service on December 15, 1940, and it is named for the Service’s Executive Committee. Mount Sidley is the only mountain in the range not named for a committee member.

Mount Sidley is the youngest volcano in the Executive Committee Range to rise above the ice sheet. Below the ice sheet, however, seismologists have detected new volcanic activity 30 miles from Sidley, according to a 2013 news report .

Mount Sidley reaches high above the ice sheet in the Marie Byrd Land region of Antarctica.