Sediment around the Cargados Carajos Shoals 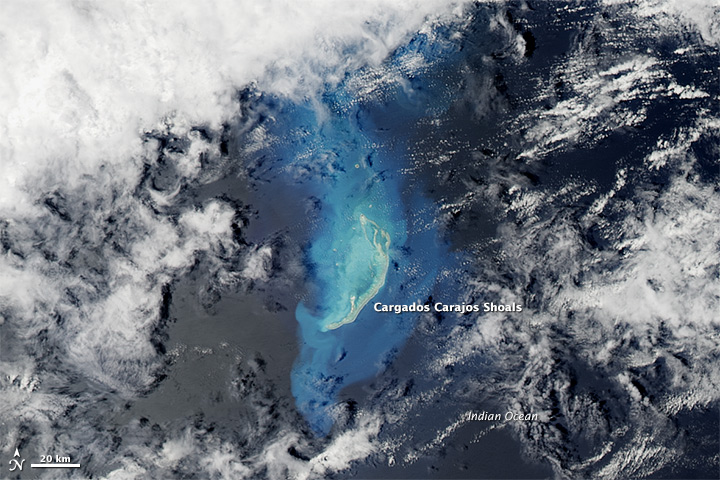 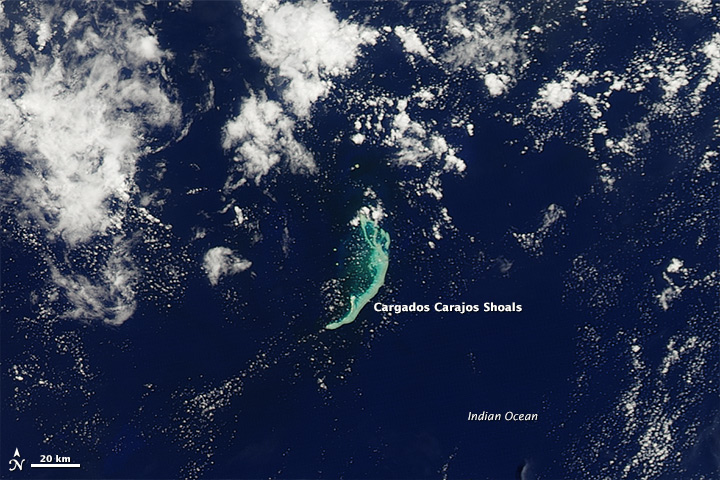 In January 2015, a number of destructive storms tracked across the southwest Indian Ocean. Mozambique, Malawi, and Madagascar felt the effects of what became tropical storm Chedza. East of Madagascar, another storm was brewing—Tropical Cyclone Bansi—which peaked as a category 4 storm on the Saffir-Simpson scale with winds that reached 240 kilometers (150 miles) per hour.

On January 14, 2015, Bansi passed over Cargados Carajos Shoals, a small group of coralline islands that are part of the Mascarene archipelago. The Moderate Resolution Imaging Spectroradiometer (MODIS) on the Aqua satellite captured these images of the shoals on January 16 (top), after the storm exited the area, and before the storm on January 5.

When Bansi passed over the shoals, winds measured about 170 kilometers (110 miles) per hour. That was enough to stir up sediment in the ocean, visible in the image above as blue and green swirls. The low-lying islands, surrounded by sand banks and reefs, are often swamped during cyclones.

The islands' submarine landscape proved hazardous during the Volvo Ocean Race in November 2014 when a racing yacht struck and became grounded on a reef.

Tropical Cyclone Bansi caused a stir in the Indian Ocean.