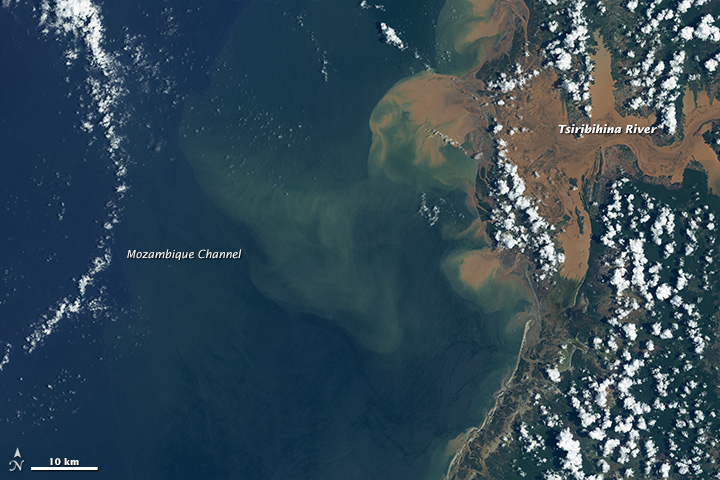 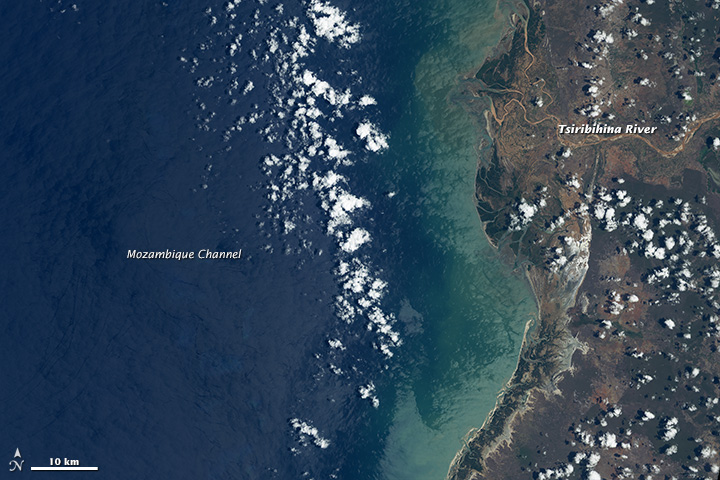 A tropical disturbance that had already swamped southern Africa with rain strengthened into a tropical storm as it passed over the Mozambique Channel on January 15, 2015. When tropical storm Chedza passed over Madagascar the next day, it brought lashing winds and heavy rains that killed at least 13 people, destroyed or damaged more than 3,000 homes, and displaced 9,500 people.

The Operational Land Imager (OLI) on Landsat 8 captured this image of flooding along the Tsiribihina River on January 20, 2015. For comparison, the lower image shows the same area on December 3, 2014. Turn on the comparison tool to slide between the two images. In the more recent image, brown, sediment-rich floodwater spills across the river delta and into the Mozambique Channel.

Several settlements along the Tsiribihina River—including Belo Tsiribihina and Masoarivo—appear to be at least partially flooded. The same weather system produced widespread flooding in Mozambique and Malawi.

Rivers were swollen and brown with sediment in the wake of tropical storm Chadza.

Rivers in southern Africa were swollen and brown with sediment in January 2015 in the wake of a tropical storm system that brought heavy rain to the region.