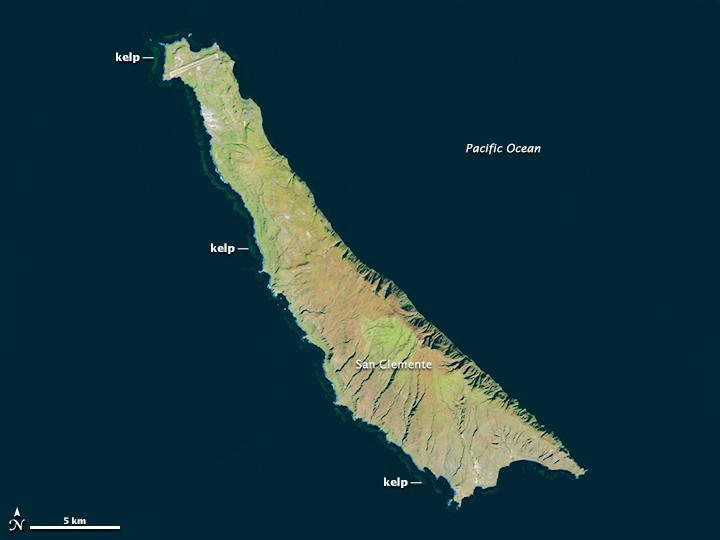 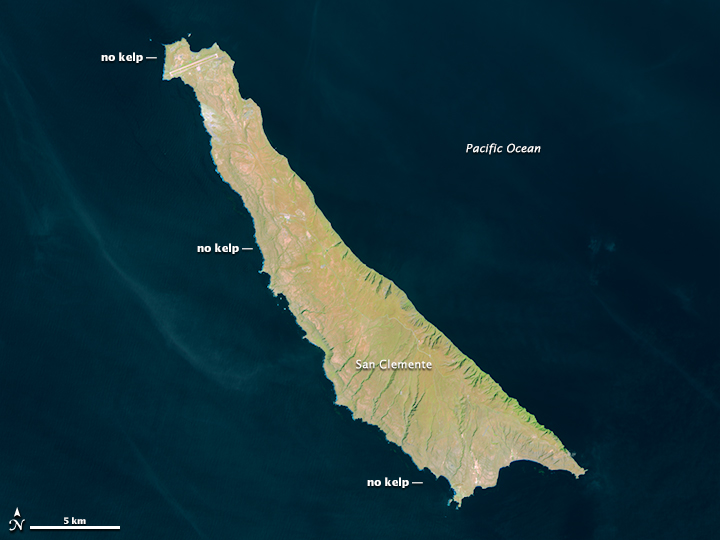 Today’s Image of the Day is drawn from our newest feature story: Finding Floating Forests.

Giant kelp are fast-growing plants, and they thrive in cold, nutrient-dense waters, particularly where there is a rocky and shallow seafloor. These underwater forests are among the most productive habitats on Earth, supporting a great diversity of marine plant and animal species, as well as some of the best fisheries around the world.

Given the right balance of conditions, giant kelp can grow as much as 50 centimeters (1.6 feet) per day, and this robust growth makes it possible for kelp fronds to be commercially harvested. Giant kelp have been plucked from California waters since the early 1900s, and they have long appeared in products like ice cream and toothpaste.

The plants attach to the seafloor with small root-like structures (haptera), also known as “holdfasts.” The holdfast supports a stipe, or stalk, and leaf-like blades that float thanks to air-filled pockets (pneumatocysts). The fronds create dense floating canopies on the water surface that are sometimes visible from space.

Yet these massive plants—which can grow up to 60 meters (200 feet) tall—rely on holdfasts barely 60 centimeters (24 inches) wide to keep them rooted and alive. Those tenuous connections are a marvel of biology, but they also make the life expectancy of kelp forests unpredictable. Kelp forests live for seven years at most, and often they disappear before that because of winter storms or over-grazing by other species. As fishermen know, giant kelp forests can appear and disappear from season to season, from year to year.

The images above were captured by the Operational Land Imager on the Landsat 8 satellite on December 23, 2013, and March 29, 2014. They show the state of kelp forests along San Clemente, one of the Channel Islands off the southern California coast. On March 1, 2014, extreme storm-provoked waves (up to 5.5 meters, or 18 feet) pounded the western side of the island. Those waves decimated the giant kelp communities, leaving just a few sparse patches still visible in the March 29 image.

For years, scientists debated whether it was nutrient availability or grazers (not human harvesters, but sea urchins) that had the most influence over kelp forest health, size, and longevity. After using Landsat to look at long-term trends, scientists working at the Long-Term Ecological Research site in Santa Barbara (California) found that wave disturbance was the most potent force influencing the life expectancy of kelp forests. Strong waves generated by storms uproot the kelp from their holdfasts and can devastate the forests far more than any grazer.

However, other forces are also now at work on kelp. Conditions for growth have historically been ideal along the west coast of North America; off of Chile, Peru, the Falkland Islands; near South Africa; and around Australia, New Zealand, and the sub-Antarctic Islands. More and more often these days, though, the conditions are less than ideal. Climate change has brought a trifecta of kelp scourges: warmer waters with fewer nutrients; new invasive species; and more frequent and severe storms.

The most extreme example lies off Tasmania’s east coast, where 95 percent of the kelp has disappeared since the 1940s. The loss has been so stark that the Australian government listed Tasmania’s giant kelp forests as an “endangered ecological community“— the first time the country has given protection to an entire ecological community. The loss is so stunning because this was a place where kelp forests were once so dense that they merited mention on nautical charts. 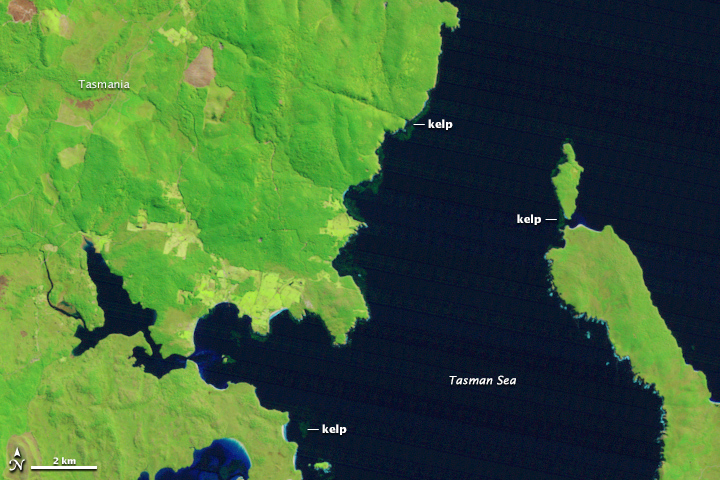 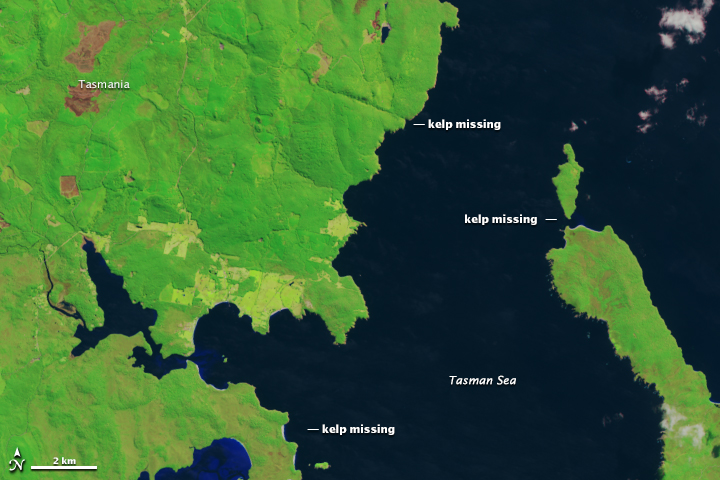 Cool, subarctic waters once bathed Tasmania’s east coast, but warmer waters (as much as 2.5°C (4.3°F) warmer) have brought invasive species that feast on giant kelp. Compounding the matter, the overfishing of rock lobsters has removed a key predator of the long-spined sea urchins that feed on kelp. The ecosystem’s newly protected status could help curb overfishing and restore the lobsters, which would help diminish the threat from sea urchins.

For now, researchers are continuing to use Landsat to monitor the kelp forests and decipher trends that may shed more light on what is happening off of Tasmania and California. Through a project known as “Floating Forests,” they have enlisted citizen scientists to help understand the decline in kelp. To learn more about how to participate in the project, visit their web page. To read more about kelp studies by satellite, check out Finding Floating Forests. 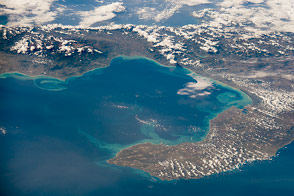 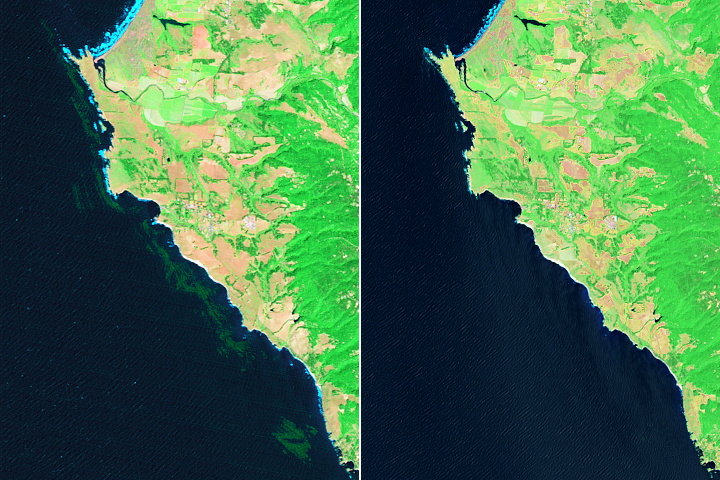