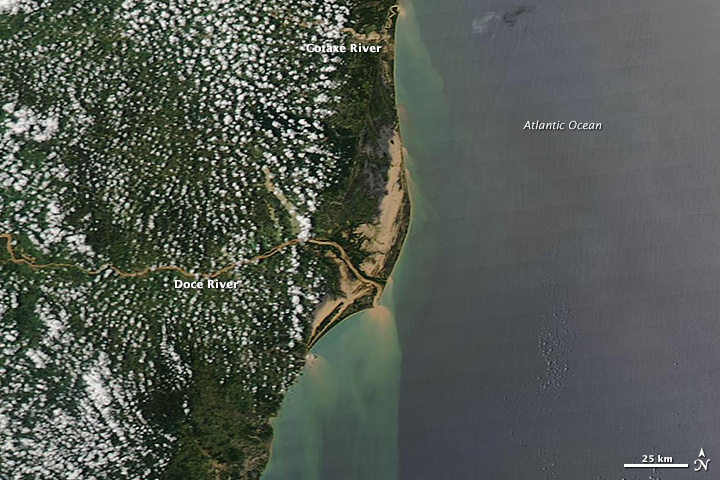 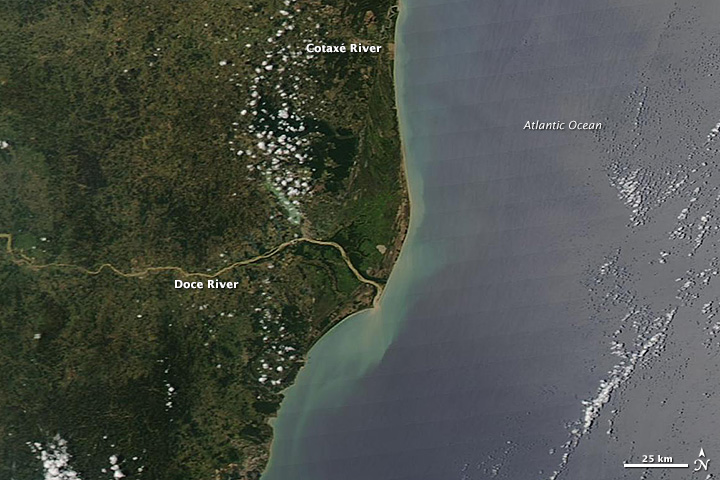 Widespread floods are plaguing at least three states in southeastern Brazil. Heavy rains lasted throughout December 2013 in Minas Gerais, Bahia, and Espirito Santo, causing floods and mudslides. December rainfall in Espirito Santo has already reached 714 millimeters (28.11 inches), an all-time record monthly rainfall, according to weather blogger Christopher Burt. As of December 30, at least 45 people had died and an estimated 70,000 people were evacuated. Others were left isolated after the collapse of hundreds of kilometers of roads, said the UN Office for the Coordination of Humanitarian Affairs.

The Moderate Resolution Imaging Spectroradiometer (MODIS) on NASA’s Aqua satellite acquired the top image of floods along the Doce River in Espirito Santo on December 30, 2013. The lower image, from December 27, 2012, offers a contrasting view of normal conditions for the season. Floods are evident in the muddy, tan water that stretches for kilometers along the coast and in the swollen reservoirs north of the river. The Cotaxé River is also flooded, and brown smudges along the lower edge of the image indicate flooding around Vitória, the state capital, which is just out of the scene. The floods are sending plumes of sediment into the Atlantic Ocean.