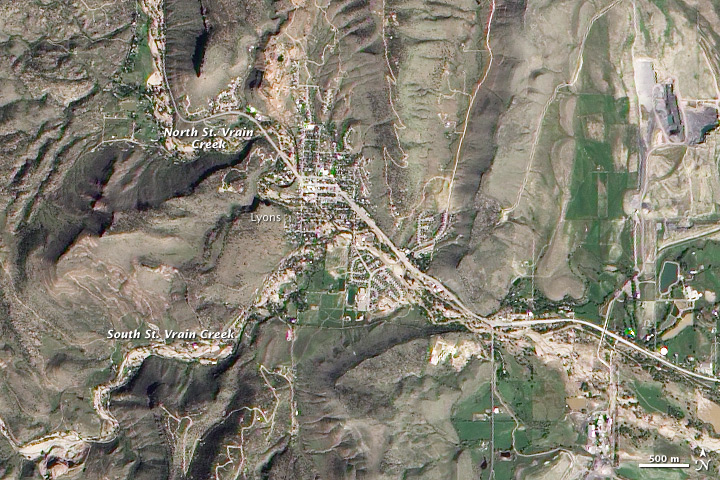 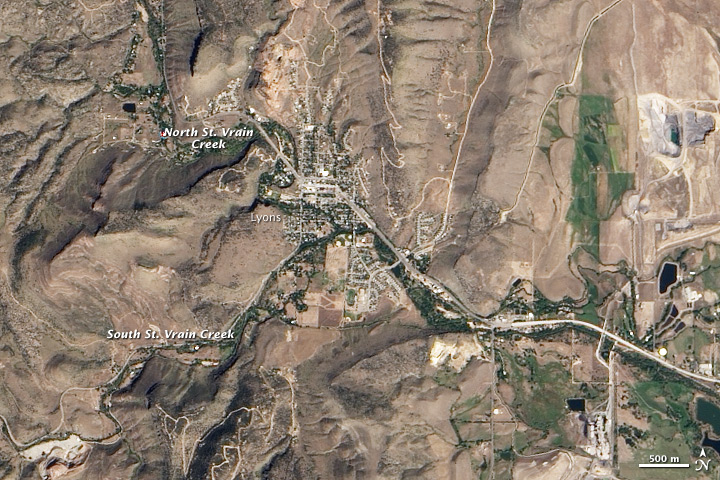 When several days of heavy rain caused devastating flash floods between September 11 and 13, 2013, the town of Lyons, Colorado, suffered some of the worst damage. At the height of the floods, the town was cut off and largely evacuated. As of September 28, the community still did not have running water and vehicle access was limited.

The top image, taken by the Advanced Land Imager (ALI) on NASA’s Earth Observing-1 (EO-1) satellite on September 26, 2013, shows how the flood scoured the canyons. In contrast to the lower ALI image, acquired on September 16, 2010, the canyons are pale tan and white where fresh soil has been exposed. The pale muddy scars are also visible in Lyons and southeast along the banks of Saint Vrain Creek.

In Lyons, Saint Vrain Creek may have reached a record peak of at least 8.8 feet, but the flood destroyed the stream gauge, so the actual peak is unknown.