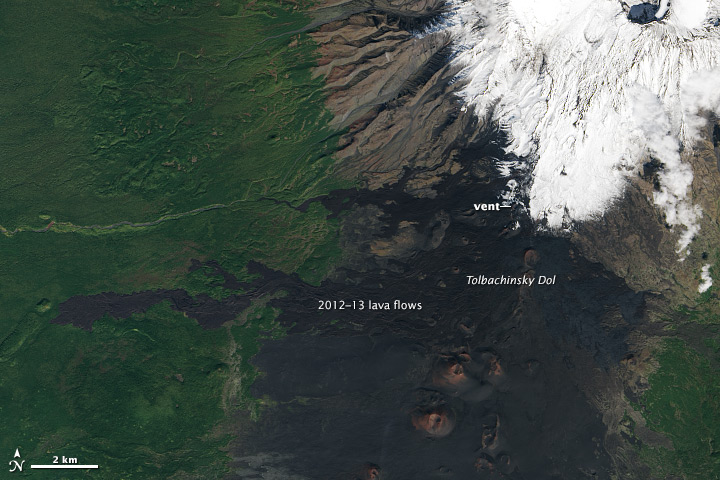 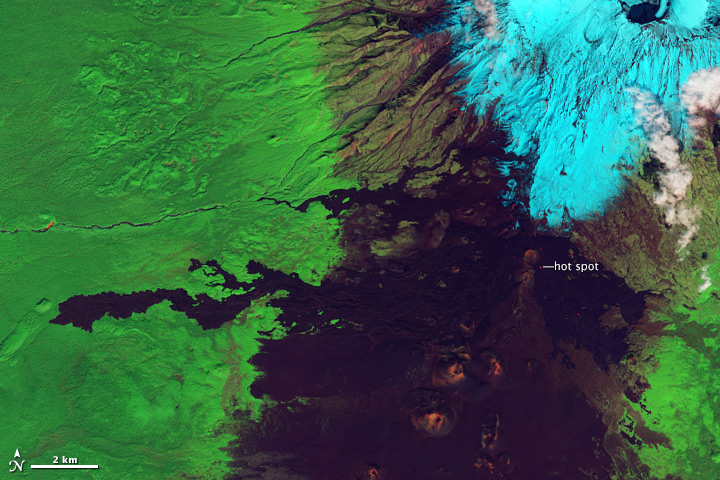 New satellite images suggest that the eruption at Tolbachik Volcano, which began in November 2012, had slowed or stopped by mid-September 2013. In natural-color (top) the volcano on Russia’s Kamchatka Peninsula appeared quiet.

Small red spots in a false-color image (second) indicated the continued presence of a small amount of lava hot enough to glow in shortwave infrared light. The intensity of the eruption was drastically reduced compared to June 6, 2013, when an active vent, lava flow, and lava breakouts were clearly visible to the east of Tolbachinsky Dol (the plateau where volcanisim on Tobachinksy is concentrated). In the false-color image, black and brown indicates geologically recent lava flows, bright green is vegetation, cyan is snow and ice, and white is water-rich clouds. Red-brown shows rocks that have been chemically altered by volcanic gases, particularly at the tops of the cinder cones that trace the summit of Tolbachinsky Dol. 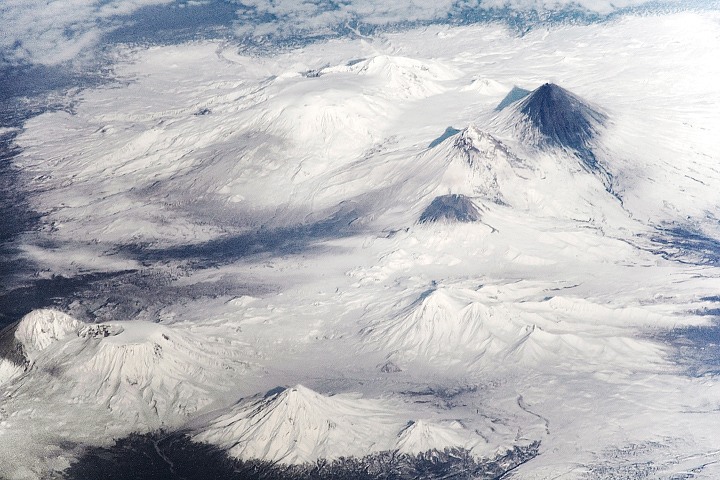