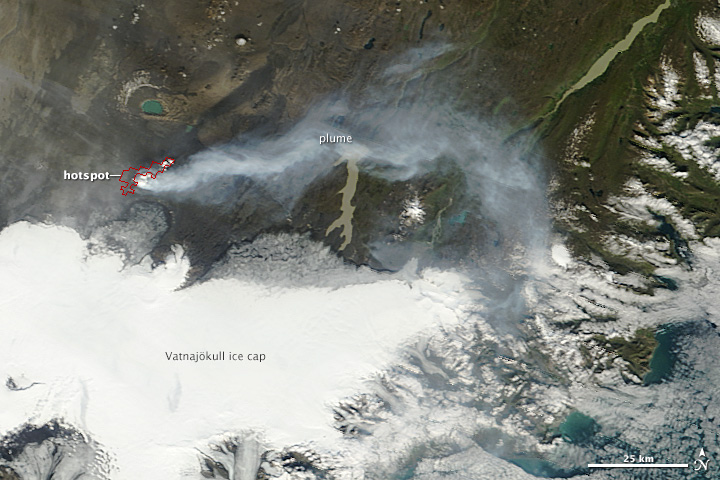 Over the past seven years, seismic activity has been gradually increasing at Iceland’s Bárdarbunga volcano. Seismic activity dropped somewhat after the 2011 eruption of nearby Grímsv&oumltn volcano, but it began to pick up again on August 16, 2014. By August 29, fountains of lava had begun to spill from an old fissure in the Holuhraun lava field. In the days since, the eruption has continued, at times offering impressive views to satellites passing overhead.

“These two new fissures are closer to the Vatnaj&oumlkull ice cap (just 2 kilometers north of its edge), so concern is growing larger than the eruption will start happening subglacially, potentially causing glacial outburst floods as the lava erupts under the ice,” wrote Denison University geologist Erik Klemetti in a blog post for Wired.