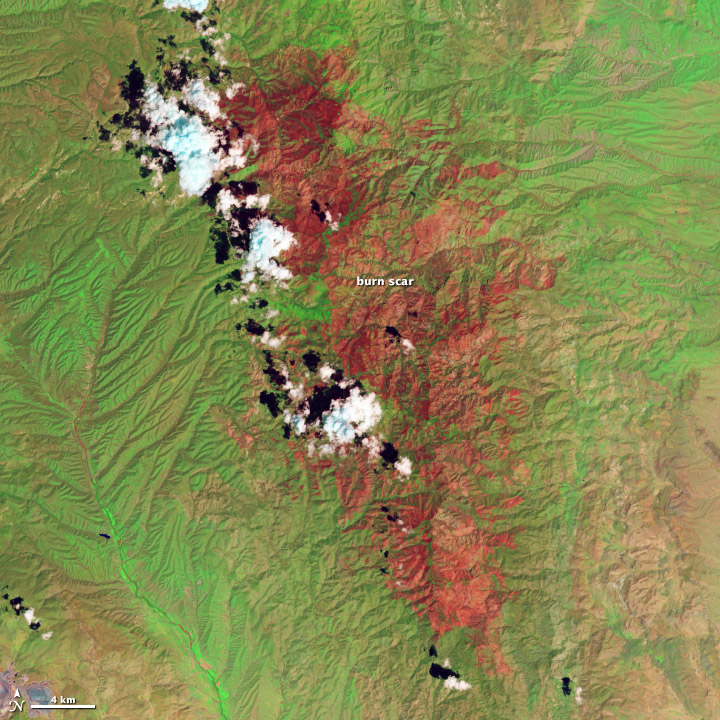 As the 138,000-acre Silver Fire was still smoldering in New Mexico in June 2013, forest restoration specialists were already on the job. They needed to figure out where to focus emergency restoration efforts, so they analyzed maps to determine where the fire had destroyed vegetation and exposed the soil.

The Burned Area Emergency Response (BAER) team of the U.S. Forest Service goes into the woods as soon as the flames die down. Their job is to help protect reservoirs, watersheds, and infrastructure from floods and erosion in the wake of the fire. And Landsat satellites, built by NASA and operated by the U.S. Geological Survey, help guide those crews to the forested areas needing attention. 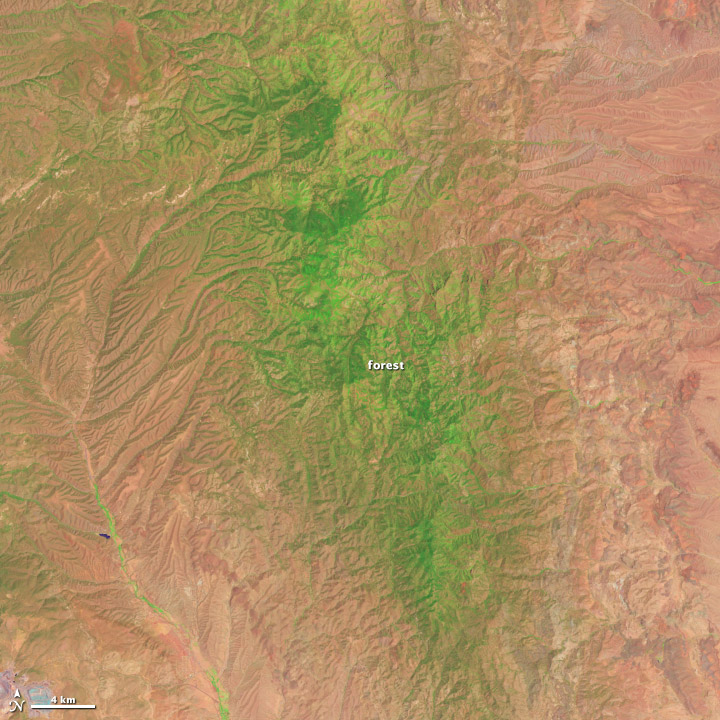 Researchers with the Forest Service's Remote Sensing Applications Center find satellite imagery of the burned forest before and after the fire. For example, the images above from the Operational Land Imager (OLI) on Landsat 8 show the rugged terrain around New Mexico’s Silver Fire on August 16 (top) and May 28, 2013 (second image). The images are false-color, using near-infrared, shortwave-infrared, and green light. Burned areas appear red; green areas are forests or vegetated land; and tan areas are bare or desert land.

Near-infrared wavelengths reflect well from healthy plant leaves back to the Landsat detector, but do not reflect well from burned areas, explained Jeff Masek, Landsat program scientist at NASA's Goddard Space Flight Center. The shortwave infrared band, however, has a distinct spectral signature for burned areas and exposed ground. “The char will show up very clearly in the shortwave.”

“By comparing the ratio of the near- and shortwave-infrared bands in the pre-fire image to the post-fire image, we can estimate the burn severity,” said Carl Albury, a remote sensing specialist at the Forest Service. From those ratios, he creates a rough map of fire severity, called the Burned Area Reflectance Classification (BARC). In the map below, shades of red indicate fire severity, with the darkest areas representing the most intense burning. 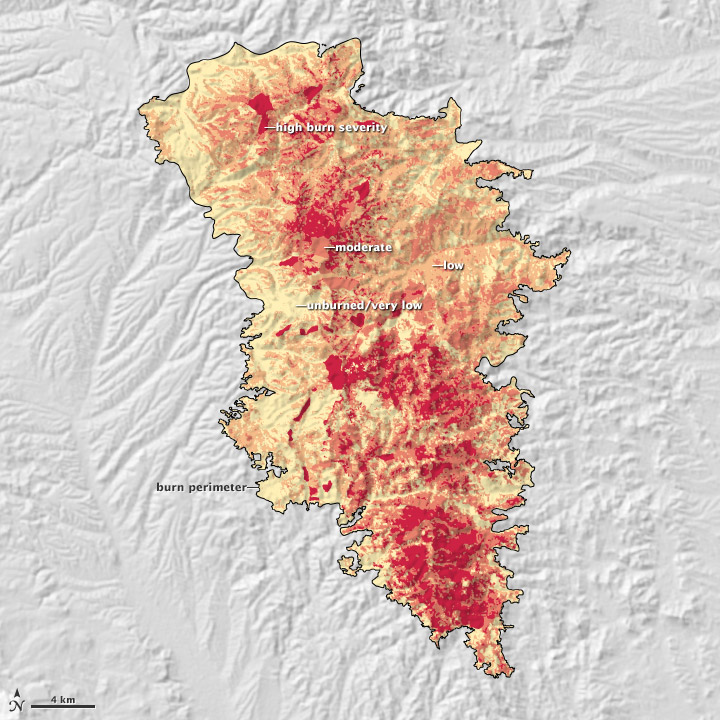 “Without the BARC product, the only way to assess the fire is on foot or by helicopter,” Albury said, which can be difficult to dangerous for large fires on remote terrain. “The map gives crews a sense for how much they need to do and where they need to do it.”

Albury creates maps for about 100 fires each fire season. For some like the Silver Fire, he creates maps even before the fire is contained so that crews can get to work as quickly as possible. The BAER teams calibrate and adjust the maps with on-the-ground observations, and then use them to plan time-sensitive restoration projects.

“The whole basis for this is the need for speed,” said Penny Luehring, leader of the BAER team and the watershed improvement program for the U.S. Forest Service. “In the southwest and southern California, there’s four to six weeks after fire season before it starts to rain and flood. If we’re going to put anything in place that has a chance of controlling or mitigating the effects of water, we have to do it right away.”

After the Silver Fire, for example, the BAER team identified severely burned areas upstream of a community, campgrounds, and forest roads. Crews scattered barley seeds over 11,000 acres, dropped mulch on 800 acres, closed off some roads and storm-proofed others.