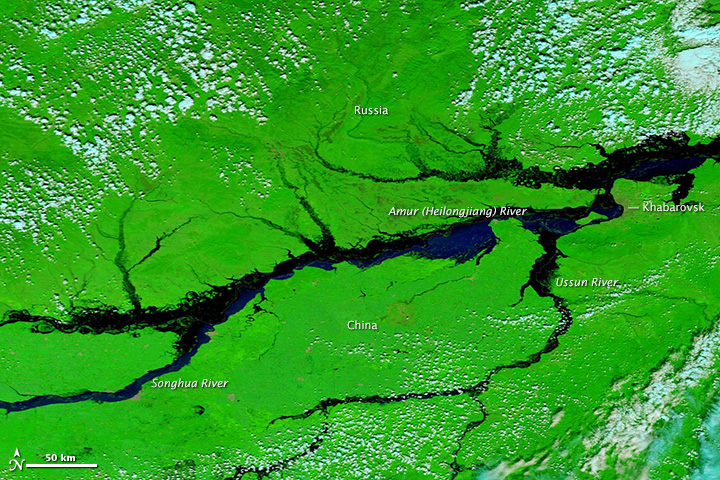 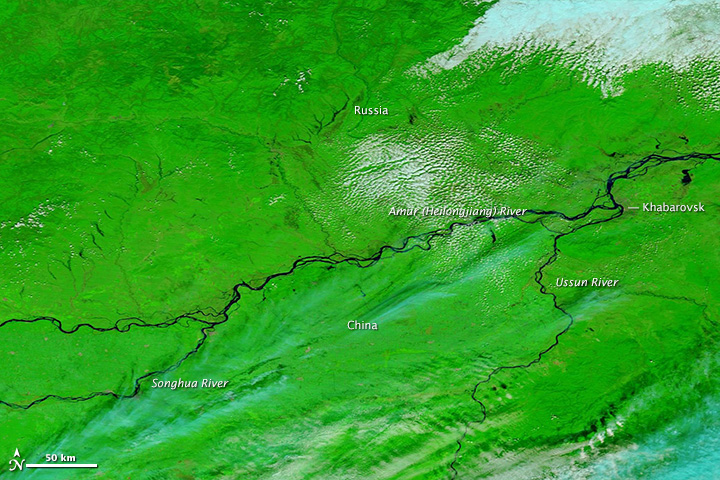 Flood waters continue to rise on the Amur (Heilongjiang) River and its tributaries in northeast China and southeast Russia. The floods are affecting millions, forcing evacuations, closing ports, and claiming at least 85 lives. The floods are expected to peak in early September.

The Moderate Resolution Imaging Spectroradiometer (MODIS) on NASA’s Terra satellite acquired these images of the river system on August 27, 2013 (top), and August 31, 2012 (bottom). The false color images include infrared light to differentiate between muddy water and land. (The true color view shows thick sediment mixing with the river water.) Plant-covered areas are bright green, water is black and dark blue, and clouds are pale blue and white.

All of the rivers are noticeably flooded in 2013, and the flooding is worse than it was on August 21, 2013, MODIS’ last clear view of the region.

Runoff chokes the swollen Amur River in this astronaut photograph taken on August 21, 2013.