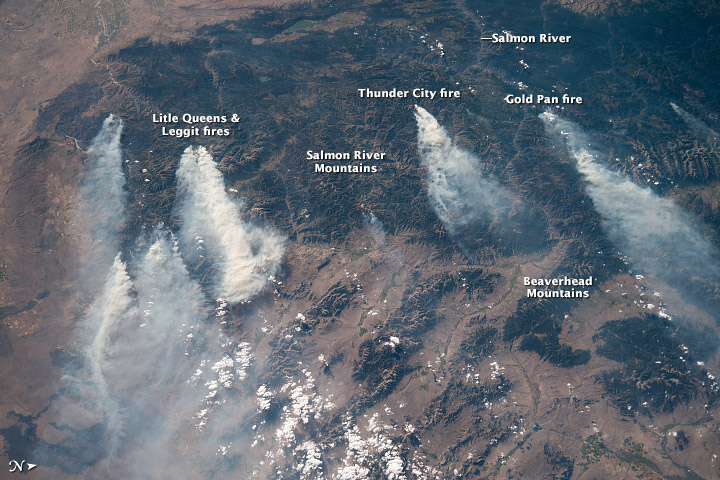 Taken with a short lens (50 millimeters), this west-looking image from the International Space Station includes much of forested central Idaho. The oblique image highlights part of the largest single wilderness area in the contiguous United States, the Frank Church–River of No Return Wilderness.

Within this mountainous region (the dark areas are all wooded), several fires produced extensive smoke plumes. The densest smoke appeared to be generated by a combination of the Little Queens and Leggit fires (within the Salmon River Mountains). This image shows the common pattern of westerly winds carrying smoke in an easterly direction, as seen during the wildfire season of one year ago.

Ten days before this image was taken, fires in central Idaho (near Boise) had been aggravated by southerly winds. Some of those fires began to burn in July, but were quelled and remain under observation for new flare-ups.

In the image above, smoke partly obscures the black lava flows of the Craters of the Moon National Monument (lower left). The Beaverhead Mountains mark the eastern boundary of Idaho with Montana.

Astronaut photograph ISS036-E-32853 was acquired on August 18, 2013, with a Nikon D3S digital camera using a 50 millimeter lens, and is provided by the ISS Crew Earth Observations experiment and Image Science & Analysis Laboratory, Johnson Space Center. The image was taken by the Expedition 36 crew. It has been cropped and enhanced to improve contrast, and lens artifacts have been removed. The International Space Station Program supports the laboratory as part of the ISS National Lab to help astronauts take pictures of Earth that will be of the greatest value to scientists and the public, and to make those images freely available on the Internet. Additional images taken by astronauts and cosmonauts can be viewed at the NASA/JSC Gateway to Astronaut Photography of Earth. Caption by M. Justin Wilkinson, Jacobs/JETS at NASA-JSC. 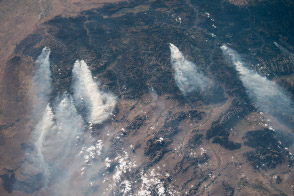 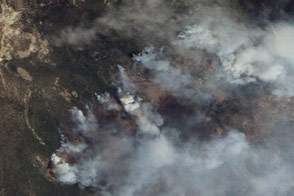