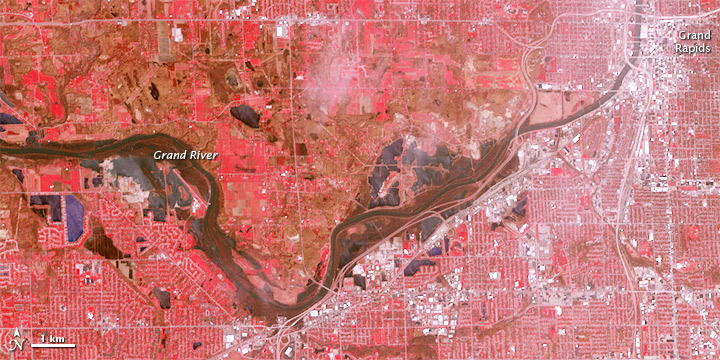 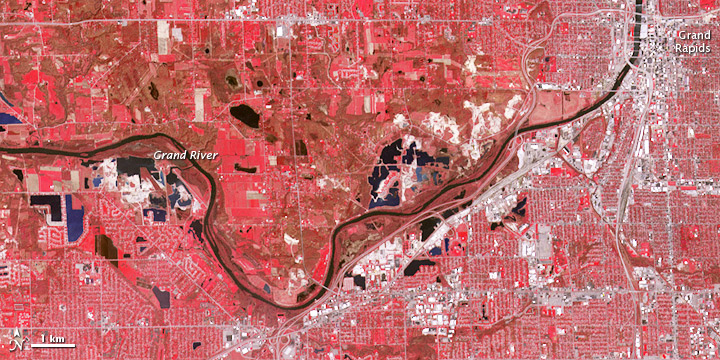 The Grand River crested at its highest level on record on April 21, 2013, according to the Advanced Hydrologic Prediction Service. Major flood stage begins at 16 feet (5 meters) and the river reached 17.8 feet (5.4 meters) that day.

River levels were gradually receding at Grand Rapids when the Advanced Spaceborne Thermal Emission and Reflection Radiometer (ASTER) on NASA’s Terra satellite captured the top image on April 30, 2013. Though no longer at its historic peak, the river remained significantly flooded; this is easier to see when the 2013 image is compared to conditions on April 30, 2007, a relatively normal year.

ASTER combines infrared, red, and green wavelengths of light to make false-color images that distinguish between water and land. Water is blue. Buildings and paved surfaces are blue-gray. Lawns, parks, forests, and fields range in color from red to brown.