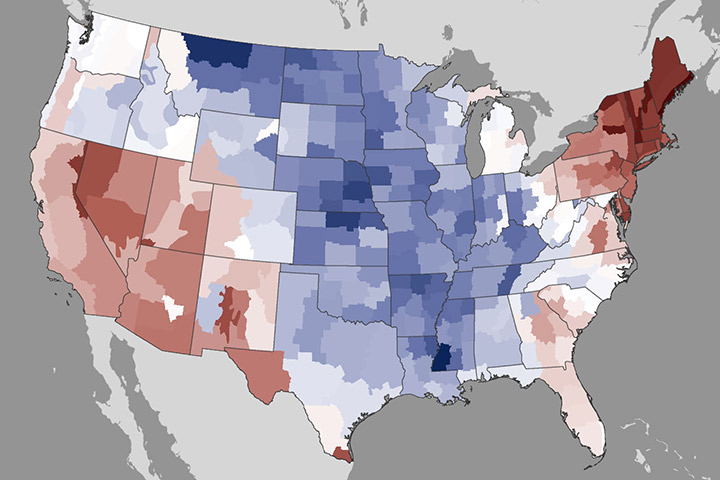 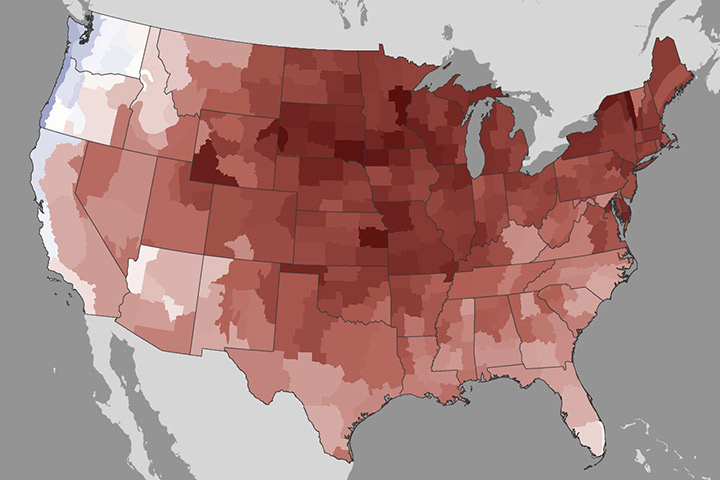 In the United States, reports of abnormally warm temperatures have been the norm in 2012. Average temperatures in the contiguous United States (the “lower 48”) were 51.1°F (10.6°C) in March and 77.6°F (25.3°C) in July. Both months were so warm that they broke all-time records.

The story for October 2012 was a chillier one. According to the National Oceanic and Atmospheric Administration, average October temperatures in the contiguous United States were 53.9°F (12.2°C), or 0.3°F (0.2°C) below the long-term average for the month. October marks the first time in sixteen months that temperatures were cooler than average.

As seen in the top map, the Midwest and Great Plains experienced below-average temperatures, while the Northeast and the Southwest saw warmer temperatures. Overall, nineteen states experienced monthly temperatures below their 20th-century averages.

Despite the cool October, the first ten months of the year were still uncharacteristically warm, as seen in the year-to-date (lower) map. “We will most likely finish with the warmest year on record and by a huge margin,” said Deke Arndt, chief of the climate monitoring branch of the National Climatic Data Center, in a video that charts how 2012 compared to the historical record.

Maps by NOAA. Caption by Adam Voiland, based on NOAA’s U.S. Temperature Update.