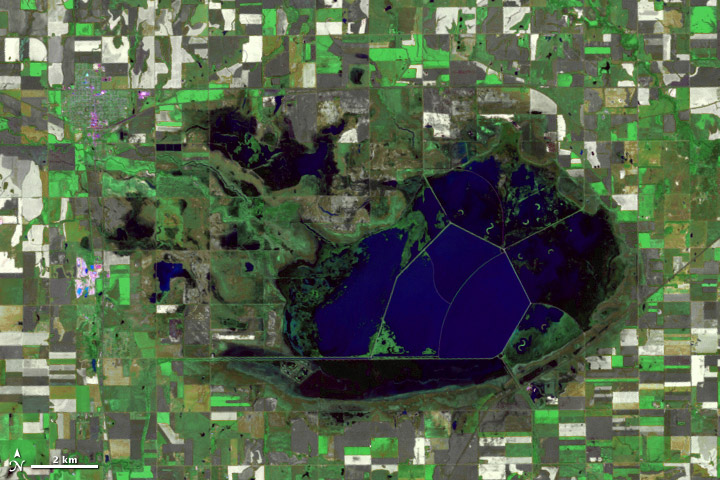 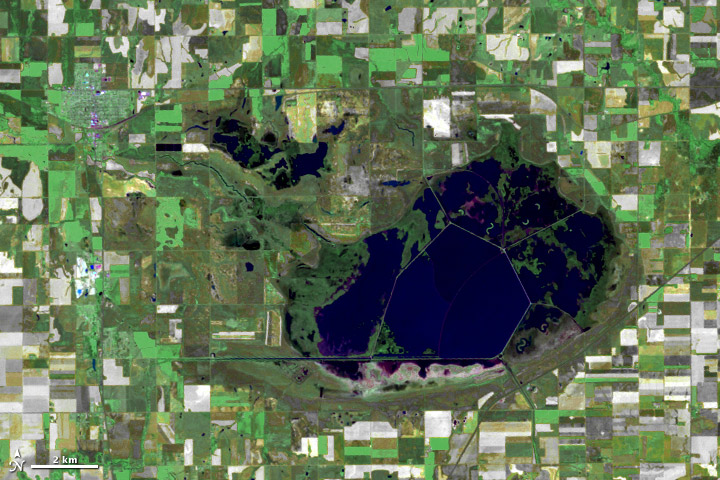 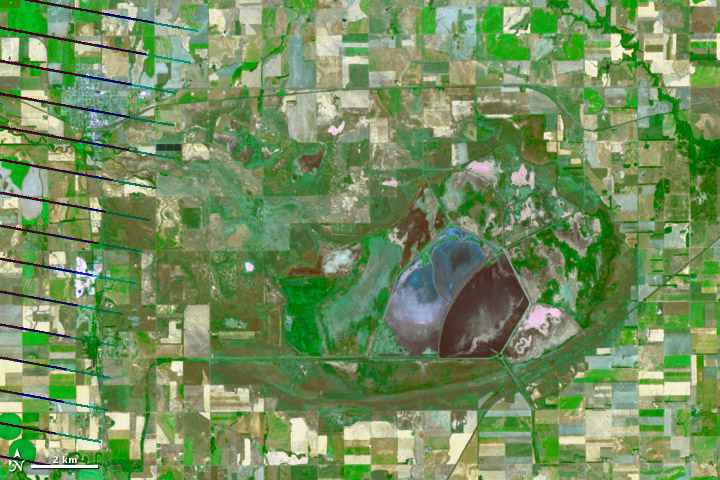 Not only were crops affected by drought in the United States in the summer of 2012. Wetlands throughout the Midwest and Great Plains were also diminishing drastically, reducing critical habitat for migrating birds.

These images from the Landsat satellites show the effect of the 2012 drought on the Cheyenne Bottoms Wetlands in central Kansas. The shallow marshes at Cheyenne Bottoms are an ideal rest stop for the 250,000 waterfowl and shorebirds of various species that pass through every year.

The top image was acquired by Landsat 5 on June 18, 2010, during a relatively average summer for water levels in the area. The second image, taken by Landsat 5 on June 5, 2011, shows Cheyenne Bottoms during a moderate drought season. The third image, acquired by Landsat 7 on July 17, 2012, show a parched landscape thirsting for water. Blue water has been replaced by dull brown of dried up wetlands and shallow, muddy water.

At the time of the third image, Kansas had endured its driest and second-hottest summer on record, resulting in the third most severe drought (after 1934 and 1956). Land managers from the Kansas Department of Wildlife and Parks use dikes, pumps, and water diversions to manage water levels and mitigate the drought’s effect on the 20,000 acres of Cheyenne Bottoms Wetlands. But in the severe drought year of 2012, the water management system has been strained and acres of the wetlands have disappeared.