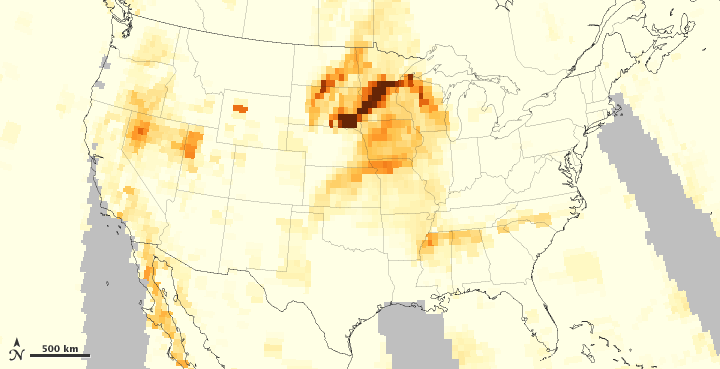 As Americans observed Independence Day, wildfires continued to burn across the western United States, including wildfires in Colorado and the Fontenelle Fire in Wyoming. Wildfire smoke affected large parts of the country, and aerosols were especially thick over the Midwest.

High aerosol concentrations occurred west of the Great Lakes, particularly over South Dakota and Minnesota, but the Midwest was not the only part of the country to suffer from smoke. On July 4, 2012, the Smog Blog at the University of Maryland reported that air quality was unhealthy for sensitive groups throughout the Rocky Mountains. AIRNow warned that in areas where visibility dropped below 5 kilometers (3 miles), the air was probably unsafe for sensitive groups, including the elderly and people with breathing difficulties.

Smog Blog noted elevated aerosol levels in Oregon northward through Alberta, and suggested that smoke from Asia could be the cause.

Smoke from fires in the Pacific Northwest stretched across the United States. 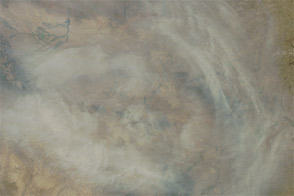