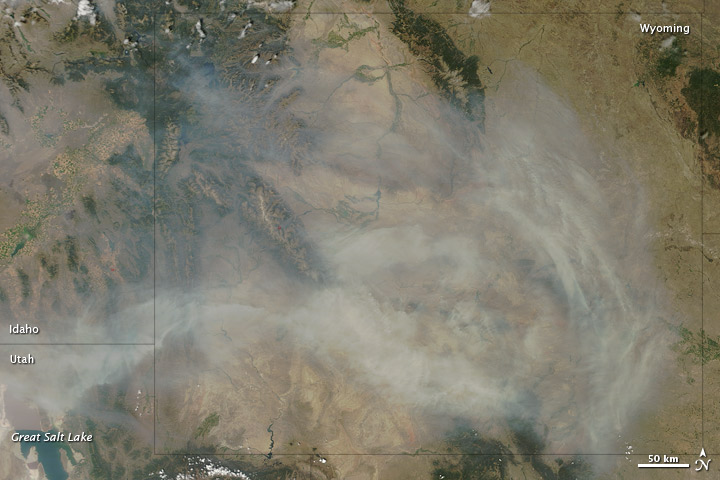 Wildfires in California, Oregon, Idaho, and Nevada sent smoke over large stretches of the United States in mid-August 2012. Particularly thick smoke collected over Wyoming on August 14, when the Moderate Resolution Imaging Spectroradiometer (MODIS) on NASA’s Terra satellite captured this natural-color image. Smoke filled the skies over most of the state; over the south-central part of the state, it was thick enough to completely hide the land surface below. 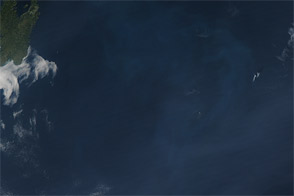