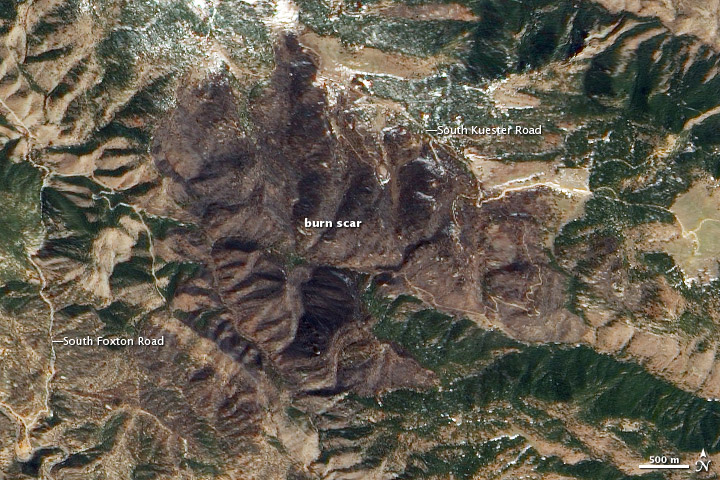 The Lower North Fork Fire began on March 26, 2012 when firefighters lost control of a planned burn in Foxton, Colorado, an unincorporated town southwest of Denver.

The fire spread rapidly due to windy and dry conditions, becoming a crown fire that threatened homes to the northeast. By the time the fire had been contained on April 2nd, it had killed three people, destroyed or damaged 25 homes, and forced thousands to evacuate.

The Advanced Land Imager (ALI) on NASA’s EO-1 satellite captured this view of the burn scar on April 6, 2012. In total, the fire burned 4,140 square acres of land between South Foxton Road and South Kuester Road.