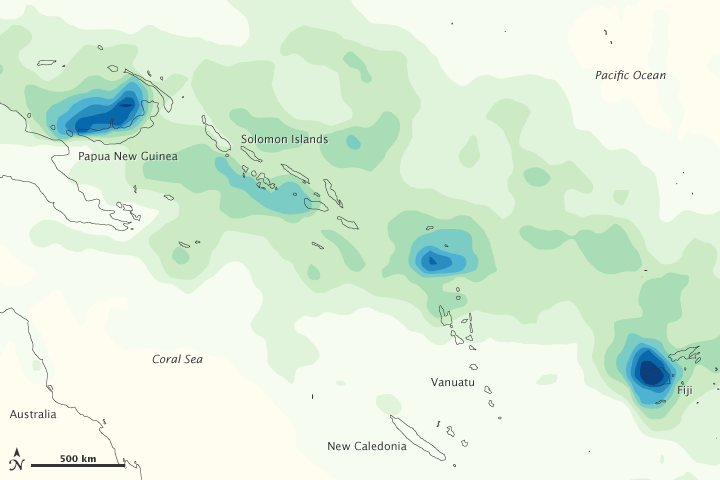 Areas of intense rain occurred within a wide band of precipitation between the Pacific Ocean and the Coral Sea in late March and early April. Although much of the precipitation fell over open ocean, some of the heaviest rain fell on Fiji—in particular, on the large island of Viti Levu.

The rains left homes underwater and led to landslides, including one near a resort and another near a hospital. The government of Fiji requested that airlines stop flying travelers to the country until further notice, and planes began arriving empty at Fiji airports in order to evacuate stranded tourists.

As Fiji coped with floods, Tropical Cyclone Daphne threatened to inundate the islands again. A bulletin from the Fiji Meteorological Service reported that, as of 6:00 p.m. local time on April 2, 2012, Daphne was located roughly 540 kilometers (335 miles) west-southwest of Nadi, a city on the west coast of Viti Levu. 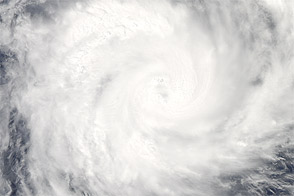 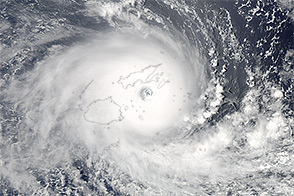