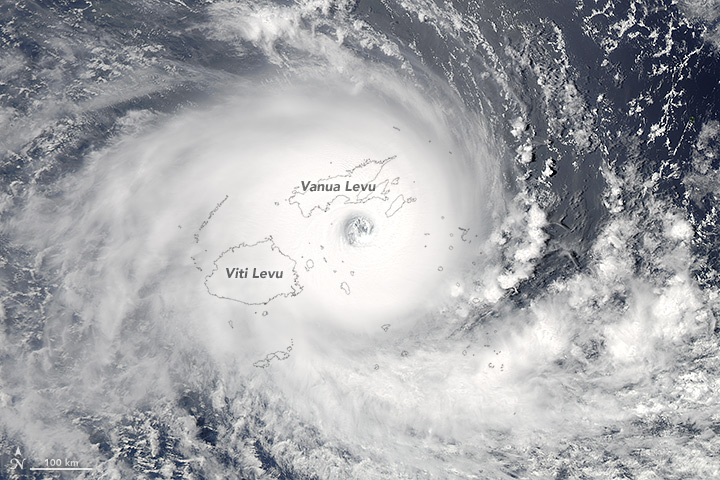 On February 20, 2016, a category 5 tropical cyclone thrashed the South Pacific island nation of Fiji. When the storm came ashore on the island of Koro, it packed sustained winds of 300 kilometers (185 miles) per hour. According to several news and meteorological sources, it was the second strongest landfalling cyclone in recorded history. The only storm to reach land with stronger winds was Super Typhoon Haiyan, which struck the Philippines in 2013.

While the full extent of the damage is not yet clear, media reports suggest damage is severe and widespread. Thousands of people have been displaced. Lines of power and communications are down in many areas. Hundreds of homes have been destroyed. Entire villages have been flattened. Schools have been ordered shut down for the week. At least 21 deaths have been blamed on the storm.

From a meteorological perspective, the storm was unusual. Normally, cyclones approach Fiji from the west, but Winston moved from east to west. As detailed by Discover’s Tom Yulsman, several factors including climate change, El Niño, and the Madden-Julian Oscillation all potentially played a role in fueling the powerful storm.