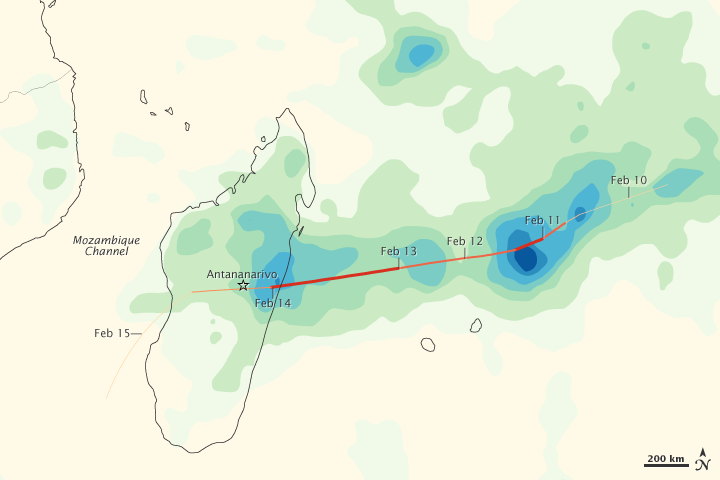 When Tropical Cyclone Giovanna came ashore in eastern Madagascar, the well-organized storm not only brought high winds, but also heavy rain. Flooding affected multiple neighborhoods in the capital city of Antananarivo and surrounding areas. As of February 15, 2012, the death toll stood at 16.

This map shows the rain associated with Giovanna from February 8 to 14, 2012. The heaviest rainfall—more than 350 millimeters, or nearly 14 inches—appears in dark blue. The lightest—less than 50 millimeters, or 2 inches—appears in light green. Trace amounts appear in pale yellow. The heaviest rainfall occurs east of Madagascar, but almost equally heavy rainfall occurs along the island’s east coast.

Superimposed on the rainfall is Giovanna’s storm track, with darker shades of red corresponding with a greater storm intensity. Before making landfall, Giovanna strengthened to a Category 4 storm.