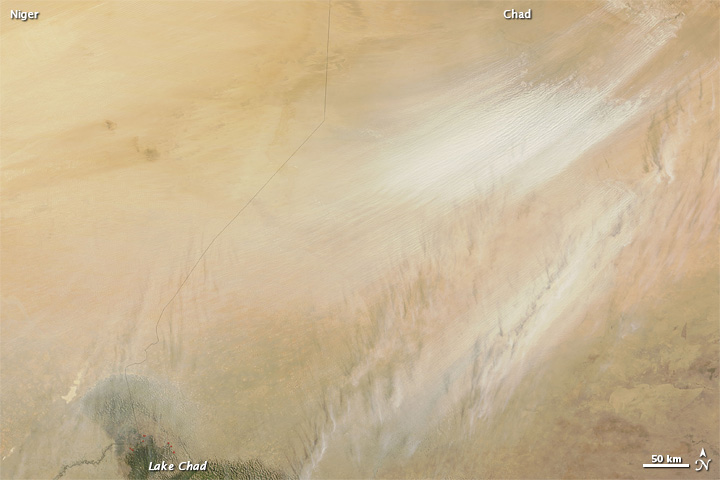 Dust plumes blew across southwestern Chad in early January 2012. The Moderate Resolution Imaging Spectroradiometer (MODIS) on NASA’s Terra satellite captured this natural-color image on January 12, 2012. Arising from discrete points in the northeast, the pale beige plumes blow toward the southwest.

Winds often blow from northeast to southwest across parts of northern Africa, especially during the Northern Hemisphere winter. The topography of Chad concentrates those winds with a gap between two mountain ranges. As a result, dust plumes frequently blow through the Bodele Depression, the site of a massive dried-up ancient lake in Chad. The plumes now regularly dust modern Lake Chad. Sometimes the dust settles in Africa, and sometimes the dust travels across the Atlantic Ocean, providing minerals to the Amazon Rainforest.

Multiple plumes of dust blew over the countries that fringe Lake Chad on February 11, 2009.