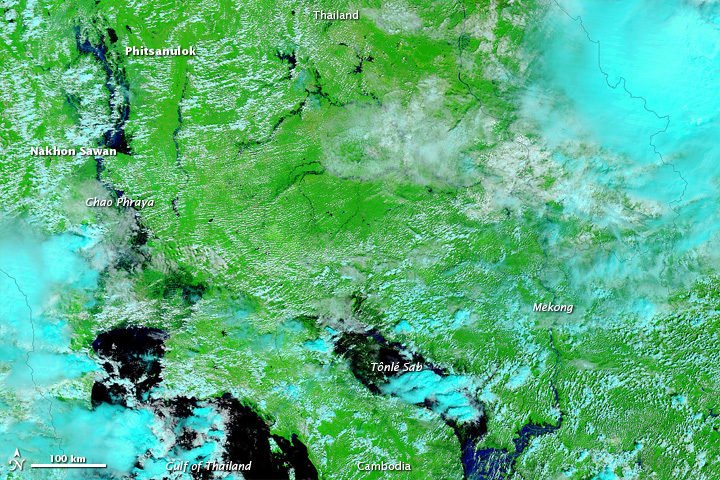 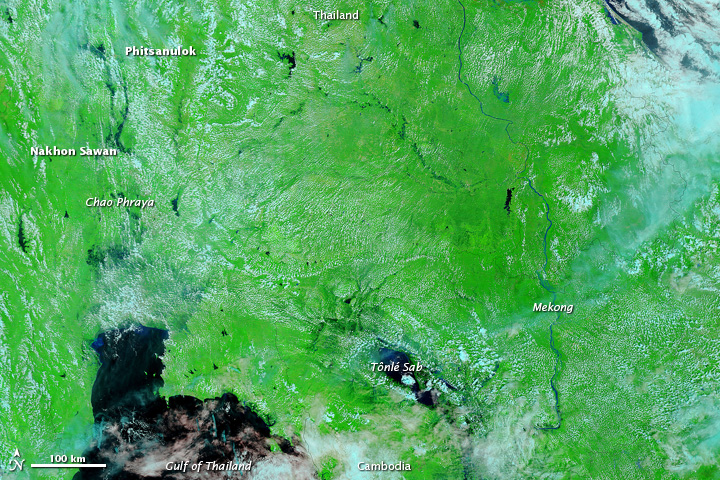 Thailand’s Chao Phraya River forms at the confluence of smaller rivers near Nakhon Sawan, and flows past Bangkok to the Gulf of Thailand. On October 11, 2011, flood walls designed to contain the river collapsed in downtown Nakhon Sawan, the Bangkok Post reported, leaving the city looking like a lake. As rivers overflowed in Thailand, the Tônlé Sab (Tonle Sap) and the Mekong River remained swollen in neighboring Cambodia.

The Moderate Resolution Imaging Spectroradiometer (MODIS) on NASA’s Terra satellite captured these images on October 11, 2011 (top), and October 8, 2010 (bottom). These images use a combination of visible and infrared light to better distinguish between water and land. Vegetation is green, and clouds are pale blue-green. Water is dark blue.

In 2011, water rests on floodplains between Phitsanulok and Nakhon Sawan. Meanwhile, Tônlé Sab has spread well beyond its boundaries from 2010.

On October 11, 2011, CNN reported that an above-average monsoon season in Thailand and Cambodia had killed more than 450 people, and further flooding threatened to inundate the city of Bangkok.