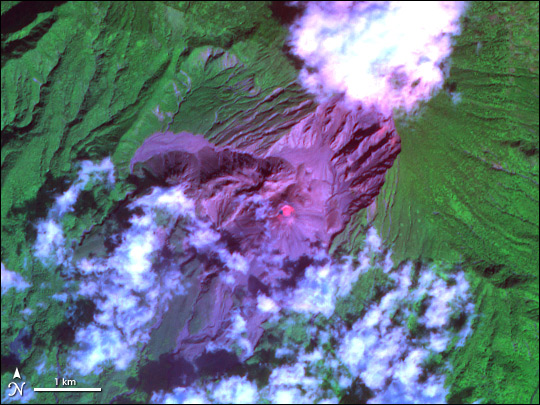 Made from a combination of light visible to human eyes and infrared light, this image shows a 150-meter hotspot at the summit of one of the volcano’s vents. Highlighted in red, the appropriately named Caliente (Spanish for “hot”) Vent is part of Santa Maria’s Santiaguito dome complex, a set of multiple volcanic domes. This dome complex began growing in 1922. Other features of the volcano peek through the clouds floating overhead, including sharp ridges around Caliente and down the volcano’s flanks.

Santa Maria is a 3,772-meter (12,375-foot)-tall stratovolcano consisting of alternating layers of hardened ash, lava, and rock. A catastrophic eruption in 1902 caused severe damage throughout southwestern Guatemala and carved a crater on the volcano’s flank. 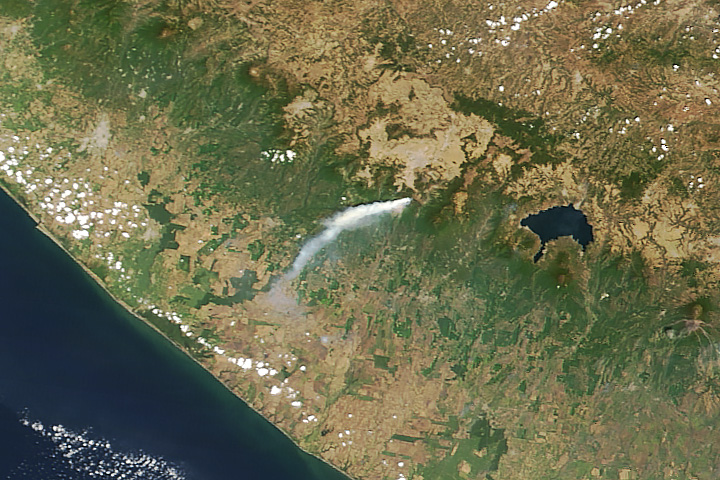 Plumes streaming from this mountain in Guatemala are usually related to volcanic activity. But in March 2018, a wildfire burned on its slopes.