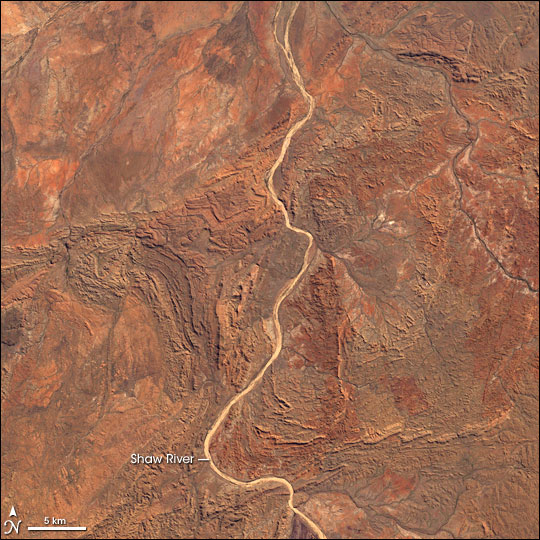 A fossil is defined as any evidence of ancient life, and in general, the farther back in the fossil record you look, the less the fossils you find will look like you. Sabertooth cats that lived a million years ago had incisors the size of steak knives, but they were similar to many big cats alive today. Some sauropod dinosaurs living 200 million years ago had little heads perched on long necks attached to bodies the size of small buildings, but they were still vertebrates. Water scorpions living 300 million years ago were 5-foot giants, although they still had hard exoskeletons and two eyes. In the Cambrian Period, from about 550 to 505 million years ago, life looked weirder still. Opabinia sported five eyes and a vacuum-like extension on its snout. Many paleontologists think Hallucigenia was appropriately named. Pushing farther back in the fossil record, to a few billion years ago, paleontologists sometimes struggle to know whether they’re looking at remains of living organisms at all, or simply the result of inanimate chemical or physical processes.

One place that may help paleontologists answer their questions about very early life on Earth is the Strelley Pool Chert rock formation in the Pilbara region of Western Australia. This picture is a composite of images acquired by the Landsat-7 satellite on May 19, 2000 (in the north), and June 23, 2001 (in the south). The Pilbara region sees hot temperatures and little rain, and its terrain is rugged, evidenced by the many creases and networks of hills meandering through the area. The Shaw River channel runs through the middle of the image. The Strelley Pool Chert rock formation appears near the bottom of the image, on the east side of the river.

The rocks of the Strelley Pool Chert preserve an environment that existed 3.43 billion years ago, including several kinds of fossils called stromatolites. Paleontologists and geologists conclude that this area was once submerged under the ocean and formed a fairly flat area, perhaps the floor of a shallow ocean. As this now-arid region was once underwater, stromatolite-forming microbes would have thrived in a shallow sea where the water kept them moist but the Sun’s rays could still penetrate and fuel photosynthesis.

Stromatolites have traditionally been defined as remains of ancient life forms—microbial mats that mixed with mud and built up rock-like structures—and this interpretation is bolstered by the existence of modern stromatolites that now live along the coast of Western Australia. The fossils of the actual microbes are rarely preserved, however, and studies with computer models have suggested that sediment could accumulate in ways similar to stromatolites without the aid of any living thing. In other words, these studies raised questions about whether stromatolites are actual fossils. A 2006 Nature paper, however, added weight to the microbial interpretation. The paper described several different kinds of stromatolites in the Strelley Pool Chert, such as big domes, big cones, little cones, waves, and even shapes looking like giant egg cartons. The paper’s authors argued that the diversity of stromatolites found there is too complex to derive purely from sedimentary processes. Although many researchers expected the debate about the nature of stromatolites to continue, this paper concluded that microbes would have been necessary to build such varied shapes.

As stromatolites might result from some of the earliest life on Earth, NASA studies these ancient rocks for clues to life on other planets. In 2006, NASA collaborated with Passport to Knowledge and Macquarie University in Sydney, Australia, to take students on a virtual field trip visiting ancient stromatolites in Western Australia.